The next-gen consoles have brought up questions about different resolution quality on each platform. After launch, Watch Dogs was under fire because of different resolution and frame rate on PlayStation 4 and Xbox One, and it made developers become more aware of this issue.
▼Article Continues Below▼
The situation developers encounter, when optimizing a game for different platforms, is definitely a tough one. When it comes to the Witcher 3, there were several debates about the resolution throughout this year. This promising franchise sequel seems to be the first truly next-gen console experience for PS4 and Xbox One players, as the in-game graphics might be the best yet for console users.

At the beginning of May CD Projekt co-founder Marcin Iwinski shed some light on this issue:

“We are still working on squeezing the juice out of the consoles and Microsoft are supporting us in this respect. The final effect, whether it’s 720p, 1080p – we had the debate in the studio about it and actually asked our tech guys to explain how it works, and they sent me some complicated graphs that ‘if I have this size of the screen, and I sit one meter or two meters from it, then I might be able to see the difference’.”

He also mentioned that the PS4 version might run a little better than the Xbox One version and the PC version has the most potential to scale beyond other platforms.

Recently, the lead game programmer Grzegorz Mocarski mentioned that at this moment they will not talk much about the resolution of the game, but rather focus on making the quality as high as possible. As for the frame rate, Mocarski said: “We are still working on optimization and seeing what we can get.” 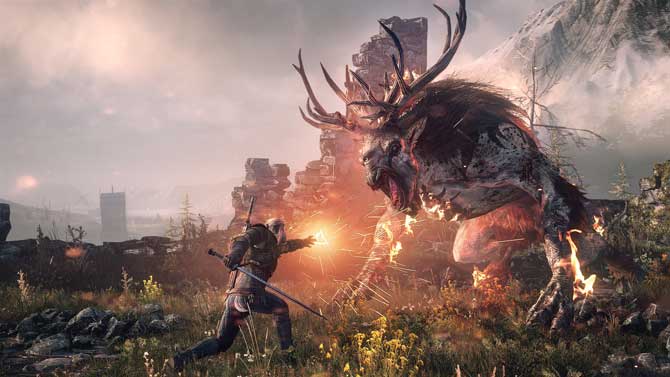 NEXT POSTAn Evil Within – Chapter 15 walkthrough