There are very few new skills in Blood & Wine. The main three skill trees – magic, alchemy and sword fighting – haven’t had any additions. The only new abilities are located in the General tree. That’s not to say they’re not useful – they just aren’t numerous, either. This guide will show you all of the new skills in Witcher 3 Blood and Wine and what they do. 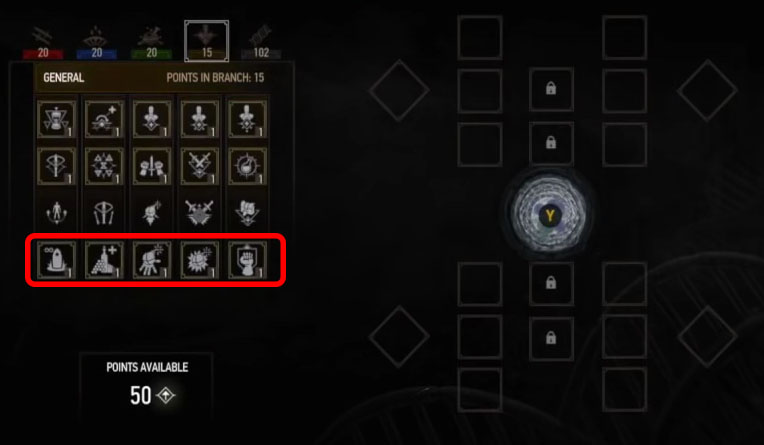 If any other aspect of the game is proving to be troublesome, make sure you take a look at our Witcher 3 Blood and Wine Walkthrough & Guides.

Five abilities were added in the DLC and they’re all in the General tab. This means they don’t have a synergy with mutagens, which is why you should be careful when choosing which ones to activate.

GORGED ON POWER – The bonus from a Place of Power lasts indefinitely but only one such bonus can be active at a given time.
GOURMET – Eating food regenerates Vitality for 20 minutes.
IN COMBAT’S FIRES – You ignore bomb and special bolt effects.
HEAVY ARTILLERY – Bomb damage is increased by 200% but the number of bombs in slots is decreased by 50%. This does not apply to bombs which deal no damage.
ATTACK IS THE BEST DEFENSE – Each defensive action generates Adrenaline Points: Parries 0.1 points, Counterattacks 0.4 points, Dodges 0.3 points, Rolls 0.2 points. Cannot be activated more than once every 5 seconds.