If you have The Witcher 3 Next-Gen Update performance issues – such as stuttering, frame drops, low fps, and DX12 black screen – you should know that you are far from being the only one. The long-awaited next-gen update for the universally loved The Witcher 3 is finally here, and fans have rushed to experience the game once again immediately. Unfortunately, the next-gen update is currently poorly optimized. Particularly the DX12 version, which brings all the main upgrades. Here’s what we know about The Witcher 3 Next-Gen Update stuttering, poor performance, and other issues. 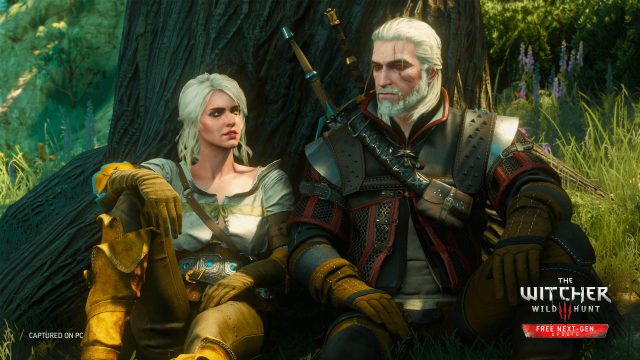 With the release of the next-gen update, The Witcher 3 is receiving numerous visual improvements. In theory, this should enhance the experience to even higher levels. The update brings ray-traced global illumination, upscaled texture to 4K, photo mode, ULTRA+ graphical settings, and much more.

Unfortunately, in practice, it is Cyberpunk 2077 all over again. Since the update’s release, players have been complaining about the abysmal The Witcher 3 next-gen update performance on PC. GPU utilization is poor on all settings. The particular culprit is the DX12 version of the game. For many players, the DX12 version won’t even run. Instead, they would just get a black screen when trying to start the game. Even various overlays stopped working in The Witcher 3 after the next-gen update.

“Game is a mess. The DX12 version (you know, the one with the actual graphics upgrades) is an unoptimized ****fest,” wrote Reddit user Soulshot96. “Even on all low, with DLSS Ultra Performance enabled, it still runs worse than the original game maxed out with a few settings cranked beyond ultra at native res. That’s utter insanity.”

Fortunately, the DX11 version of the game seems to work just fine. It doesn’t include the main visual next-gen upgrades (ray tracing, DLSS, Reflex, HDR), but it includes higher-quality textures and other improvements. Thus, if you have insane The Witcher 3 Next Gen Update performance issues and stuttering, the best solution is to play the DX11 version until CD Projekt RED fixes issues with the DX12 version of the game.

NEXT POSTFix PlayStation Wrap Up Not Working