CD Projekt Red have released another patch for The Witcher 3. Update 1.22 fixes a lot of the errors & problems people have been having since Blood and Wine came out.
▼Article Continues Below▼
It’s only on PC at this moment, but console versions will be updated as soon as possible. 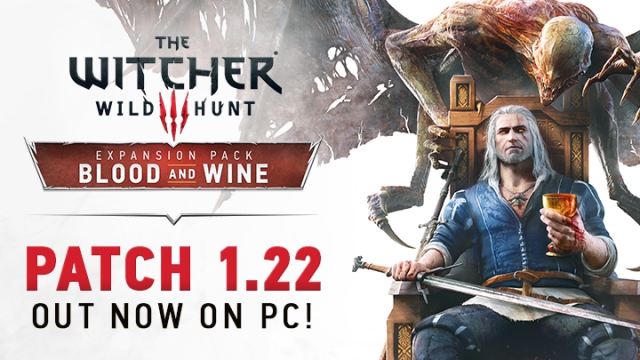 There are three pages of notes – a lot has been fixed and improved upon. If you want to view the full list, check the changelog. Here are some of the more important fixes:

As you can see, it’s quite a hefty update. Sadly, some rather funny (or disturbing, depending on how you look at it) things have been patched out as well, like a woman in a red dress that sometimes followed Geralt everywhere he went. Such is the way of progress.