As soon as you leave the starting fort/garden of The Witness you will be introduced to a new type of puzzles that involve squares with black and white dots on them. Right next to them are also puzzles that have hexagonal dots on the drawing path of the maze. These are frequently combined together in puzzles and are an important part of puzzle mechanics in early sections of the Witness. Early culmination of combining these two is solving the puzzle on bunker doors found left of the path after you exit the starting area through unlocked force field. In this guide we’ll show you the solution to all the black/white dot puzzles (or as some call them – blue panel puzzles) and green panel puzzles in the early sections of the game. Check our guide for all puzzle solutions in the Witness if you need a hint for solving puzzles in other areas.

The greatest reward for a person playing The Witness is solving the puzzles. Using a guide to solve them should be your last resort, when you are at your wits’ end. We found ourselves in that position many times while playing this game and that is why we provide these guides. Proceed with caution because there are spoilers ahead.

The map bellow shows the location of the puzzles we’ll show solutions for: 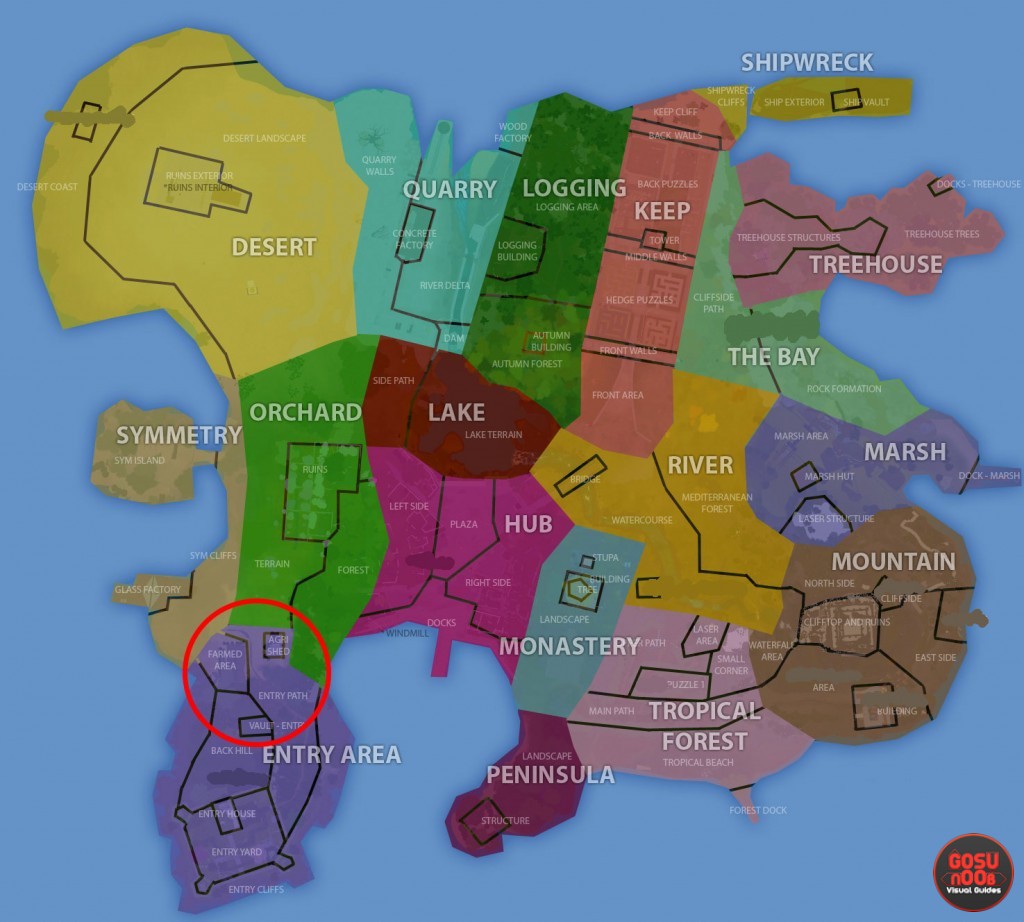 The point of these is to draw a line between squares that have white and black dots inside them. (Update: my initial assumption on how to solve these was very wrong. I now understand that the point is in color separation) I am not racist but, you need to separate all the white squares from all the black squares (that sounds bad – doesn’t it?). The first couple of puzzles you solve are pretty straightforward, but by fifth puzzle you will probably spend more and more time on finding the solution. If you are stumped check out the solution for all of them in the screenshot bellow. 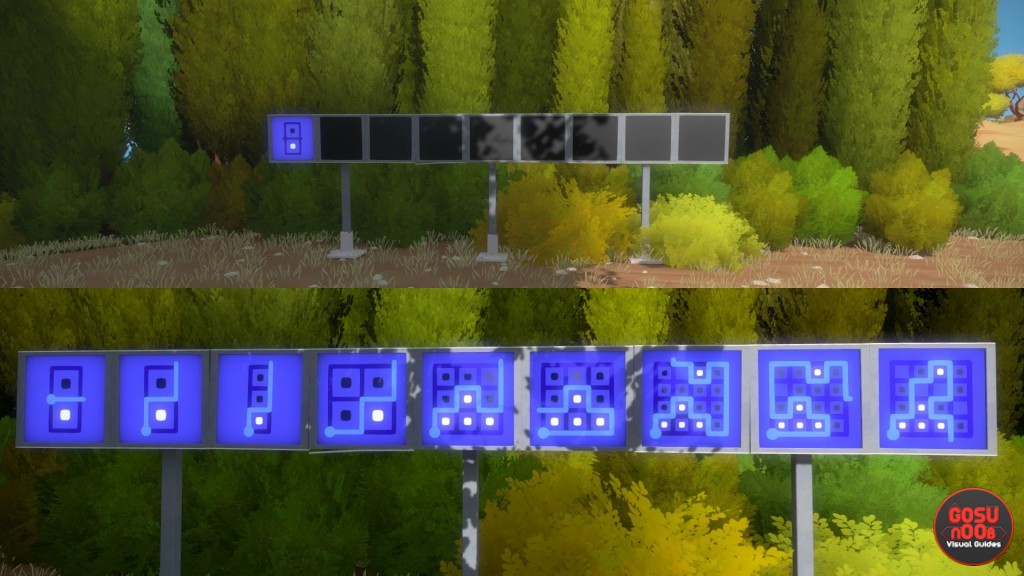 These are located in a small farming shack next to the blue panel puzzles. The point is in tracing the line through the maze while collecting all the hexagonal dots. This might sound easy at first, but things get complicated rather fast. The real difficulty comes when hexagons are combined with other types of puzzles. 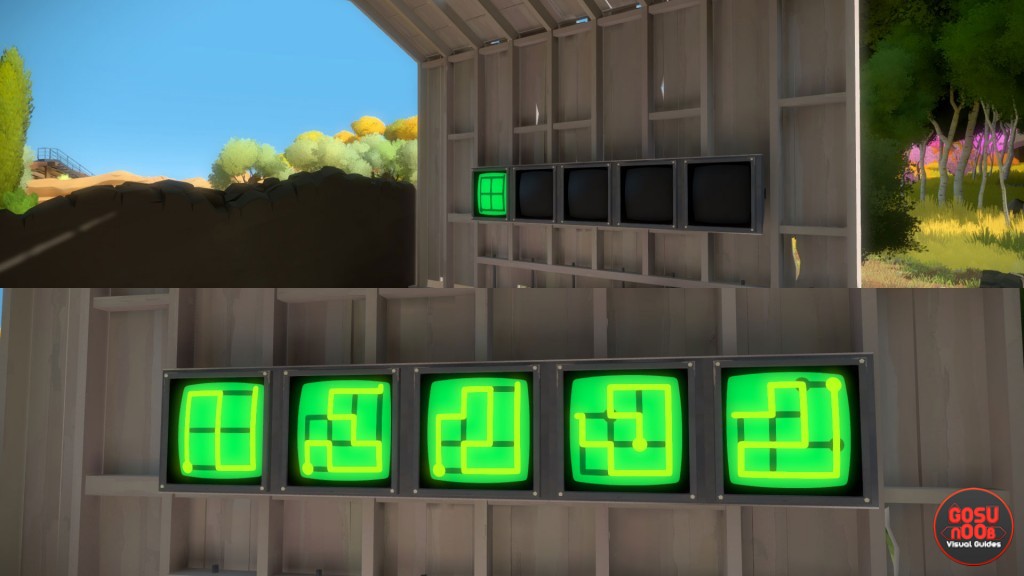 A little before the puzzles mentioned above you will see a bunker door with a puzzle on it (left of the path that takes you from the entry area). The puzzle on it contains black/white dot squares and several hexagonal dots on the path. The point is to trace through the maze collecting all the hexagons along the way, while making sure you separate all different colored squares into their own sections. This might sound easy at the beginning, but I got stuck on this puzzle for about 20 minutes. The lower left portion of the maze was what gave me the trouble. I eventually solved it and we created a special page for this puzzle, so if you want to check out the Bunker puzzle in the Starting Area of The Witness guide here (video and screenshots included).

NEXT POSTSymmetry Puzzle Solutions Guide for The Witness