The Witness is a puzzle game with various types of puzzles that are both fun to solve, but sometimes they can just drive you insane. At the very beginning of the game you will come across some very basic puzzles that are easy to solve, but you might not know that there are several more hidden puzzles in the area and audio tapes that you can pick up. In this guide we’ll show you the solutions to the basic puzzles as well as ways to get to the secret puzzles and their solutions. Check our guide for all puzzle solutions in the Witness if you need a hint for solving puzzles in other areas.

The greatest reward for a person playing The Witness is solving the puzzles. Using a guide to solve them should be your last resort, when you are at your wits’ end. We found ourselves in that position many times while playing this game and that is why we provide these guides. Proceed with caution because there are spoilers ahead.

As you exit into the island for the first time you’ll come across a force field. There are cables running to the panel controlling the force field and following them you will find the first puzzles to solve in the game. They are mere maze puzzles where you need to get from one end to the other. Screenshots bellow show solutions for all of them.

The first panel of the force field lock puzzle unlocks by solving these three mazes (follow the cable from the force field to the left to find the first puzzle in the sequence and keep following the cable)The second locked panel on the force field door is foun across from where the field is at – in a small tower behind where you entered the starting garden. 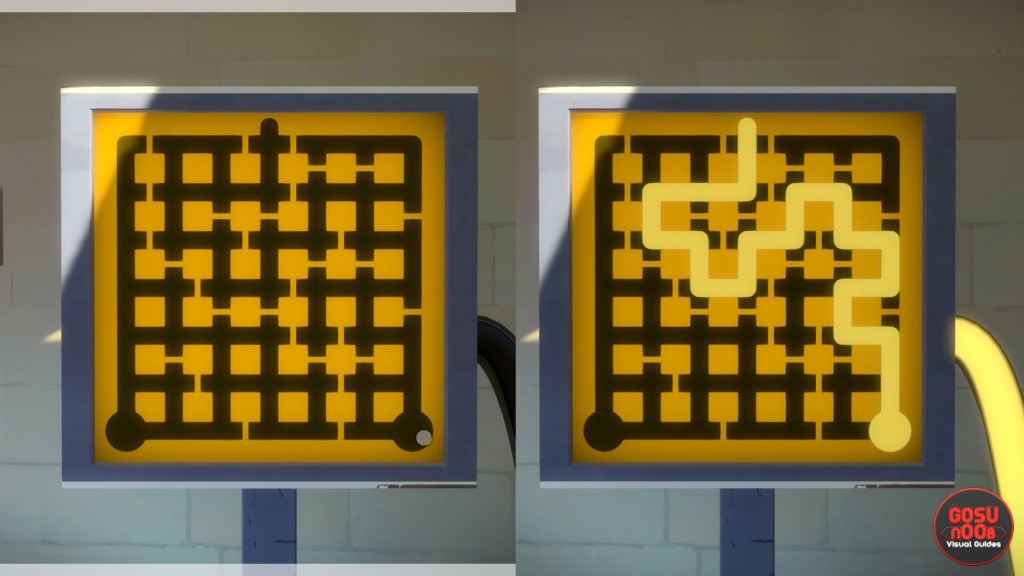 Final puzzle is in a tower in the opposite corner of the garden. Note that this puzzle can be solved in two ways. First way powers up the top cable that unlocks a “secret door” behind the garden. To unlock the force field panel you need to power up the bottom cable. 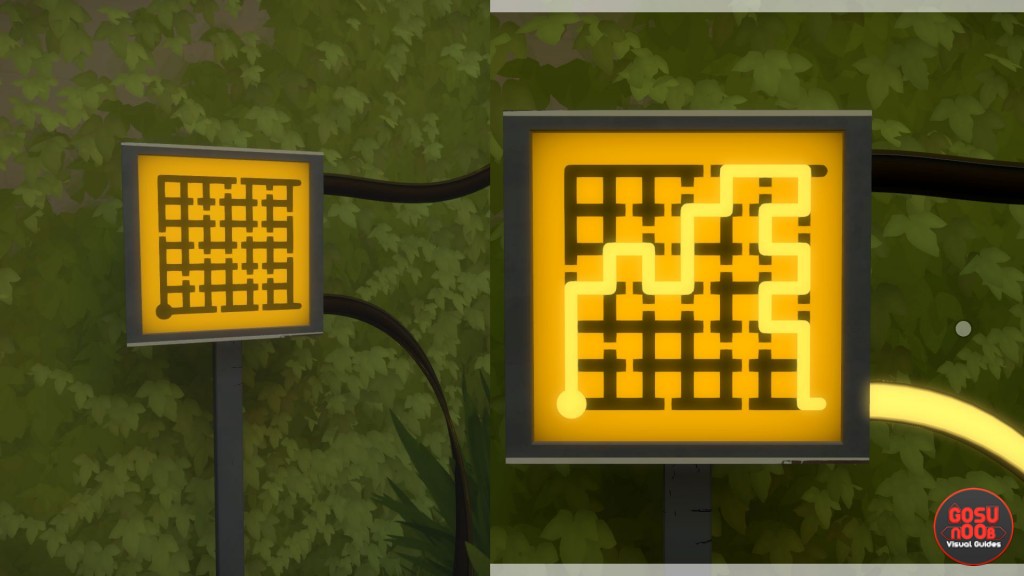 Go back to the force field and connect the maze anyway you want to unlock it. You will now exit the starting garden and be on a small path. Before you leave the area I recommend you go back to the puzzle that can power two different cables and solve it so it powers the top cable. This way you will gain access to some secrets.

The first thing to do is power up the top cable on one of the puzzles that helped you unlock the force field.Now go outside the area and onto the path. Left of the path you will see that you can get past some bushes. this will take you along the little fort’s outside walls. There is a break in the wall that you can climb and get to the top of the building that is the entrance into the game. You will find an audio tape there.Go back the way you came and keep following the outside of the fort’s wall. We want to find what the top cable powered up. You’ll get behind the fort and following a narrow part come to the door that was unlocked by that initial secret. Keep going and you’ll come across a locked door with a puzzle on it. Solve it as shown on the screenshot and inside you will find a derelict puzzle panel that you can solve and another audio tape. One more locked puzzle door will take you back to the path where you began the search for the secrets.You are back on the path leading from the force field door and ahead await new puzzles with new solutions. The first such puzzle is the Bunker Door puzzle and a bit further ahead are a set of puzzles that will help you solve the bunker one (you will learn the principle of black and white dot fields and collecting all the hexagon dots on the paths), but all of that is covered in another The Witness Puzzles guide.