Lynel is an open world mini boss in Zelda: Breath of the Wild and also one of the toughest opponents in the game. Their greatest value comes from the fact that they drop parts that are used to upgrade several armor sets. Barbarian set requires a ton of Lynel parts and you need them to even upgrade to one star version. Soldier’s Armor and Radiant set also require some parts for the four star upgrade. If you need Lynel Hoof, Guts or Horn read this guide and we’ll show you several locations that Lynel frequent as well as some tips on how to defeat them. 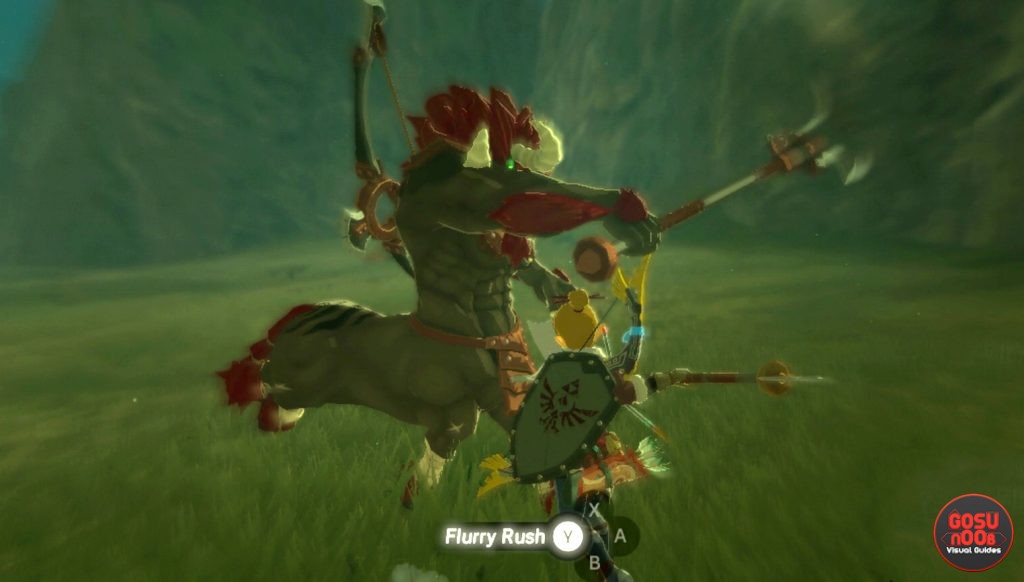 YOU MAY ALSO LIKE:
How to Kill White Lynel in Master Mode

They are scattered sporadically throughout Hyrule. We found several spots where you can find more of them close by. I’ll also mark on the map all the other spots, so you can fight them as you do other stuff. There are three flavors of the mini boss in the world of Zelda: Red, Blue and Silver. Silver are the toughest, with the widest variety of attacks, but drop the best weapons and shields. For farming materials best face the red ones, because they are the easiest of the bunch (but drop the lowest level loot). We found three silver ones in the snowy region north of Hebra tower, just west of the Qaza Tokki maze. Two red ones are roaming the canyon southwest of the Lake Tower. There are others around the world and you can see them on the map bellow: 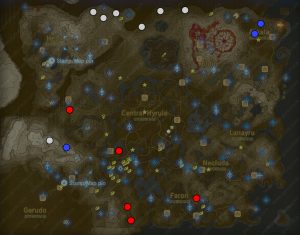 Gold Lynels are introduced in the first Zelda BotW DLC – The Master Trials. You can find them only in new hard difficulty mode named Master Mode. Before you decide to kill a golden lynel you have to know that your task is not easy at all. They spawn only after certain conditions are met, and they’re really rare. Check out our guide Gold Lynel Locations in Master Mode if you don’t know where to find them.

How to fight Lynel?

All Lynels have similar attacks. They have an AOE fire attack you will recognize because of it doing a roar first (run away from it). They charge you and swing a weapon (backflip dodge this). They charge without their weapons (hold your shield up to not get damage, or just move out of the way). At 50% and 10% health they do a roar fire AOE so watch out for that.

You will have to master the art of Backflip. This is essential. You need to backflip right at the moment Lynel does his weapon attack. If you time it just right you will get a time slowdown and a chance to do a flurry attack. This is how you beat down these enemies. Avoid all their other attacks and prepare for their weapon swings that you can backflip out of and do a counter attack. You will probably go through a lot of weapons when fighting silver mane ones, while red can be killed with one or two weapons.

Recommendation: Skip Lynels that have two handed clubs. They are the only ones I have a very tough time with. They do an overhead attack with their two-hander and have very few swinging attacks that trigger backflip/flurry attack opportunities

There is also a trick to glide into the Lynel and start aiming your bow, slowing time in the meantime, and hitting him with the arrows into the head. Up to three hits should stun him. You charge your attack than and do the heavy charged combo attack while spinning around him. This is a tough to master technique, but isn’t every Lynel fight like that?.

You can also instant-kill a Lynel with an ancient arrow, but they do not drop any parts or weapons this way and you lose a very valuable weapon for nothing. Here’s a video showing how to kill them:

PREVIOUS POSTZelda: Breath of the Wild speedrun – how fast is too fast?

NEXT POSTMass Effect: Andromeda launch trailer is a little earlier than expected, but brings a slice of what to expect