A new expansion for Assassin’s Creed Valhalla is almost here. “The Siege of Paris” will, of course, deal with the titular Viking siege of Paris. This historical event was an important turning point in European history, and has continued to inspire historians and laymen alike throughout the ages. Most recently, it was prominently featured in the hit TV show Vikings, where a fictionalized Ragnar Lothbrok besieged the city. Now, Valhalla players will be able to experience this seminal battle themselves in this upcoming expansion. Read on to learn more. 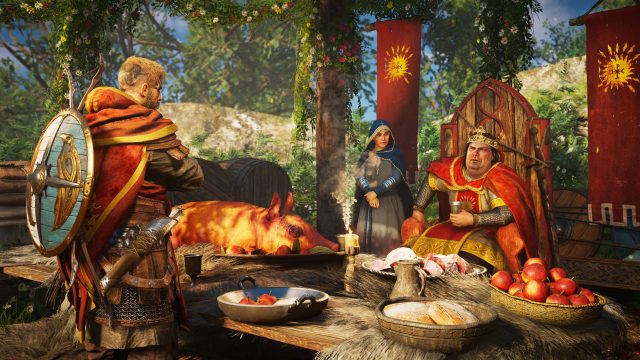 When Is The Siege Of Paris Going To Release

The Siege of Paris expansion pack is set to release on August 12th. This second expansion will be set in Francia. In it, Eivor will take on several dangerous quests in this new area, all of which will lead them towards events dealing with the siege itself. Of course, this also means that players will be able to wield new weapons, skills, and gear – which they will need to take on new and deadly enemies. Infiltration Missions are also set to make a return. This expansion will be available to all Season Pass owners, and will also be available as a separate purchase for all base game owners.

Besides this new expansion, there are other Vallhala-related news and events for players to look forward to. Season 3 will be launching on July 27th. This new season, titled Sigrblot Season, will feature rewards and activities that all players can participate in. The Sigrblot Festival will last from July 29th until August 19th. Some of the things that you can do during this period include: flyting, Fight tournaments, and dice game mini-games. Besides this, three new quests will be available. Settlement decorations and weapon and item customizations are also part of the festival. We’ll be sure to cover these events and activities in greater detail as soon as the expansion is released.