Eels are one of the fish you can catch in Assassin’s Creed Valhalla. More importantly, they’re part of world event in Ledercesterscire, where a man asks you to get some for his stew. You might get stuck trying to find them, but you also may experience a bug which stops you from adding them to the pot after you’ve caught them. In both cases, our AC Valhalla eel location & bug guide will help.

Where to find eels?

The location is pretty easy – just turn around and head on over to the river next to his house. You’ll be able to catch an eel there easily, and there’s even a wooden pier to help you access it. However, you will have to catch it yourself, which means having a Fishing Hut in your settlement (which only unlocks at renown 2). 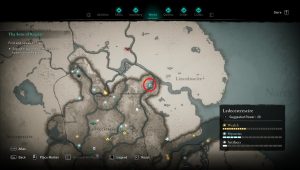 There are most certainly other locations as well, but this one is the most convenient. So convenient that we didn’t feel the need to look for more.

Once you’ve caught an eel and brought it back to the man, he’ll tell you to add it to the pot. It’s the one above the fire, next to the table. When you approach it, a prompt to interact with it should appear. However, for some folks, this prompt never appears.

Instead of checking all the other pots he has (and he has a lot of pots), what you’ll want to do is turn the game off, then start it up again. The prompt should appear now, but if it doesn’t, all that’s left is to wait for a patch. Make a mental note of the location, then return to it after the bug has been fixed in an update.