Hyvlatonna is a cliffside fortress in Assassin’s Creed Valhalla. It is located in the east of Rygjafylke, north of Fornburg. There are four wealth collectibles there – two carbon ingots, and two treasure chests with materials. Some of them can be pretty hard to find, thanks to the rugged nature of the terrain. If you’re having trouble collecting them, our AC Valhalla Hyvlatonna wealth & chests locations guide will show you where to look.

You can get the first carbon ingot by defeating the skirmisher at the top of the cliff. You’ll find him standing in a circle of stones, and the ingot can be looted from his body. If it doesn’t appear, try leaving the area and waiting for another one to spawn. 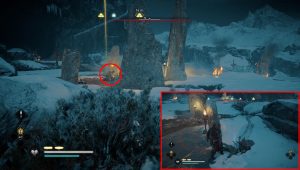 The second ingot is in a cave that can be found by following the ledges down the cliff. When you get to the zipline landing, keep going forward and keep your eyes on the right. Once you reach the two torches, look to the right and you’ll see a narrow ledge leading into a cave. Follow it, and after breaking some plank walls, you’ll reach a big chest with the ingot.

The first treasure chest is easy – it’s in a tent in the big cave near where you fought the skirmisher for the ingot. You just have to deal with the guards before you can snatch it. 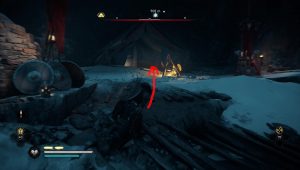 The other chest is more of an issue. You’ll find it while following the ledge path down the cliff. After you reach the platform with the tree stump full of arrows, look to the right. You will see a tight space you can squeeze through. On the other side of it is a cave with your treasure chest. 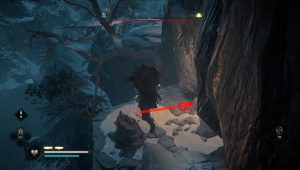