Cyberpunk 2077 got delayed for the second time a while ago. The release date is set for November 19, 2020. It’s worth noting that, if you own a PS4 or Xbox One version of the game, you will receive a next-gen version for free, once it arrives. And if you can’t wait to play the game, no matter the version, you can kill some time by reading Cyberpunk 2077-branded comic book. The first chapter of the comic is arriving on September 9, 2020. 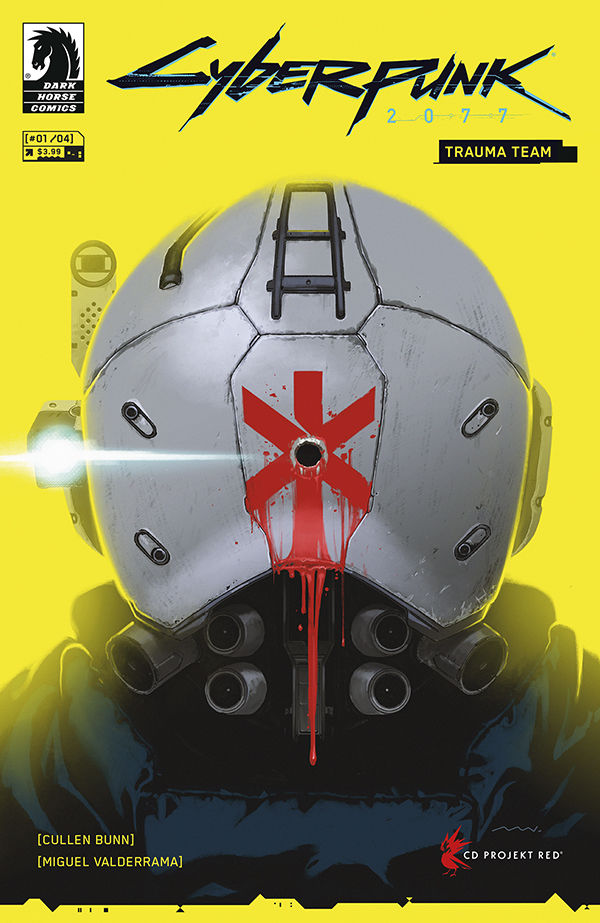 The name of the comic is Cyberpunk 2077: Trauma Team. Dark Horse Comics is the publisher. Comic’s synopsis reads:

“Nadia, an assistant EMT for a privately-owned business known as Trauma Team International, is the sole survivor of a failed rescue mission turned shootout. After she agrees to continue work for an upcoming extraction mission, Nadia and her new team find themselves in an even more dangerous and life-threatening situation.”

At first glance, this doesn’t sound too shabby. We already know that Cyberpunk 2077 will feature trauma teams in the game. We also know that you shouldn’t mess with them. Remember that these EMT teams aren’t your regular emergency technicians. They pack lots of firepower and will provide help only to their clients. As you might remember, one of the Cyberpunk 2077 early trailers features a trauma team, which entered the scene guns blazing, killing many more people than they have saved.

The comic book should include four chapters in total. As for the creative talent, Cullen Bunn, the writer, has worked on Uncanny X-Men. The illustrator, Miguel Valderrama, worked on a graphic novel called Giants! Anyway, this comic could be a nice way to pass some time before Cyberpunk 2077 lands on November 19 for PS4, Xbox One, PC, Xbox Series X, and PlayStation 5.