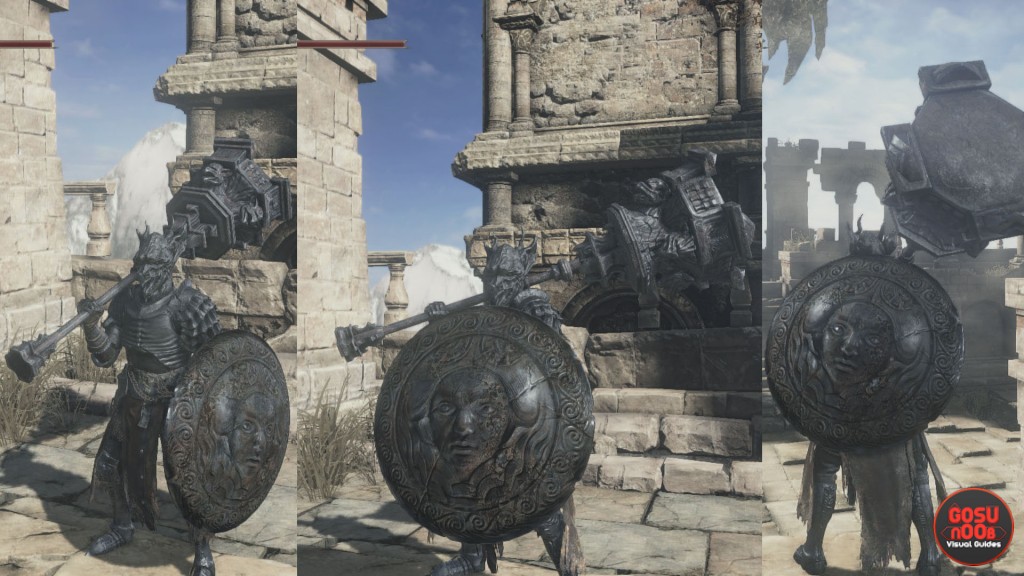 Where to find Morne’s Armor Set

Description:
Black set bestowed upon knights of Carim.
Helm is modeled on Morne, the Archbishop’s apostle, the lem is of perfect likeness to the stone heads lining the cathedral.
A Carim knight will dedicate an entire career to attending a single maiden, just as Morne once served one goddess alone.

Moaning Shield Description:
A deformed greatshield given to Eygon of Carim upon being conferred knighthood.
The giant woman’s face that protects Eygon is that of his sister, some years his senior.
Skill: Moan. Offer a gentle prayer to the shield, causing the woman’s face to give out a low moan and attract enemies.