Exotic Blueprints are a way to craft exotic items in Destiny: The Taken King. They can be used to craft Year 1 exotics if you’ve already had them, or to upgrade the year 1 weapons and armor you have into their year 2 versions.
▼Article Continues Below▼
In this guide, we’re going to show you how exotic blueprints work in Destiny: TTK. 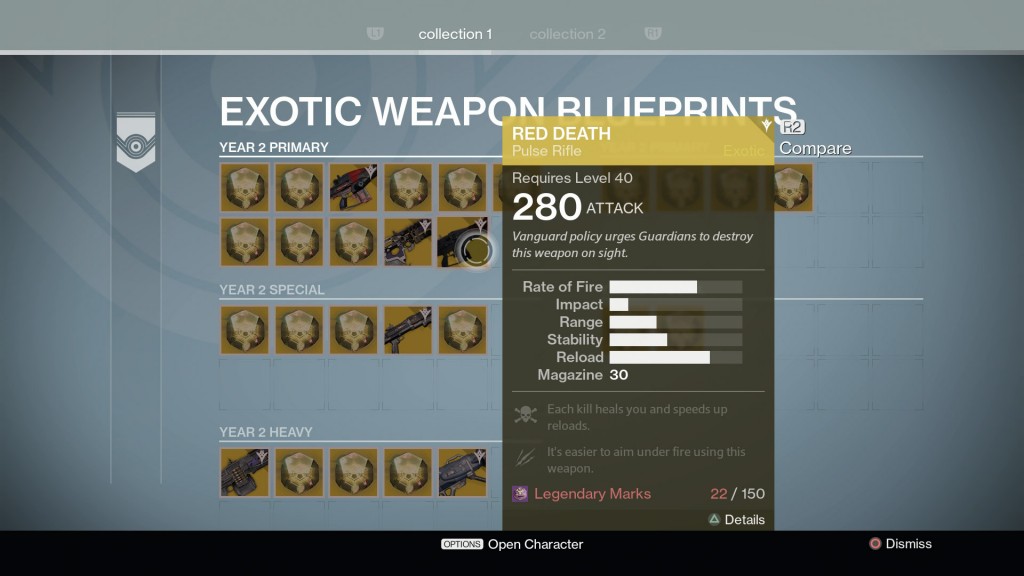 How To Craft Exotic Items

When you get an exotic item for the first time, you’ll unlock its blueprint. If you then dismantle it and later decide you want it again, you won’t have to wait for it to drop again, or buy it from Xur. By simply going to the blueprint kiosk in the Hall of Guardians, you’ll be able to craft any exotic you’ve already had for 2500 glimmer and 1 exotic shard.

How To Upgrade Year 1 Exotic Items

Not all those dear exotic weapons and armor you’ve collected during Year 1 are useless now. Some of them have Year 2 versions, which provide the same usability with better stats. The blueprint kiosks also offer the option to perform this upgrade for 150 legendary marks a piece.

Here’s a list of Year 1 items with confirmed upgrades: