Queen’s Bay is the official name of the new social space we’ll be seeing in The Reef, once the House of Wolves expansion hits Destiny. Bungie have given us a tour of the place during yesterday’s livestream, and the best news is: you don’t need to buy the expansion in order to access it. 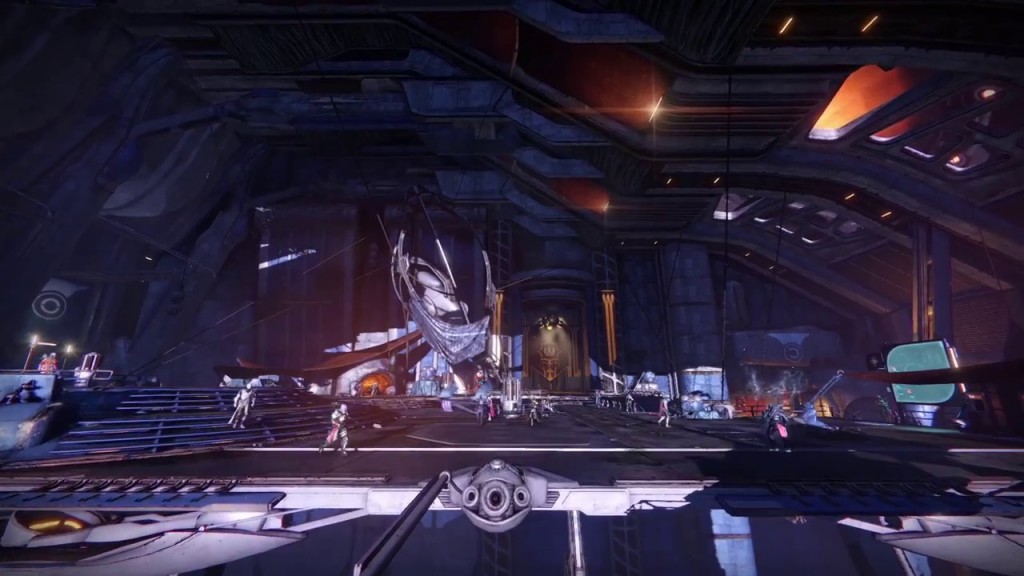 The developers have introduced us to three new NPCs we can expect to see in Queen’s Bay: Petra Venj, Brother Vance and Variks.

Petra Venj is the most important of the new characters: she’s an agent of the Queen who’ll allow you to rank up in the Queen’s Wrath faction by killing members of the infamous House of Wolves. If you’ve watched the teaser a while back, you probably know they are the Fallen that rebelled against the Queen, and the whole reason the doors to The Reef are being opened. Petra will also serve as a vendor, giving you the option to buy new ships, armor shaders and emblems.

Brother Vance will be your Trials of Osiris liaison. You’ll come to him to earn the right to enter the trials, as well as the rewards. Variks is a Fallen vendor, supposedly also tied to the story. You’ll be able to unlock new gear in his shop by playing the Prison Of Elders arena battles.

Apart from the interesting company, Queen’s Bay will also have vault and post-master access, as well as a Bounty Tracker Bot.

Bungie have scheduled a few more livestream tours for House of Wolves, the expansion that is set to launch on May 19th.

NEXT POSTDestiny Gear Upgrades In House Of Wolves