Dishonored 2 features many Easter eggs. One in particular caught the eye of fans. It’s a reference to Kotaku and an email from a creative director of Arkane Studios. 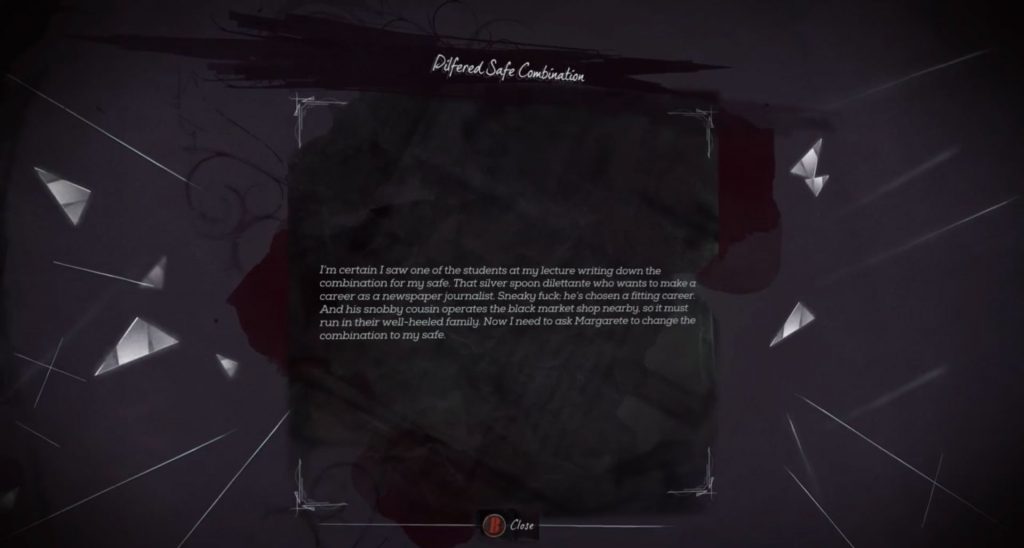 Dishonored 2 has its share of Easter eggs, which include references to Walking Dead and Fallout: New Vegas. You also have the option to sing “Drunken Whaler” from a microphone on top of a building. However, one in particular caught the eye of fans and gaming media alike.

“I’m certain I saw one of the students at my lecture writing down the combination for my safe. That silver spoon dilettante who wants to make a career as a newspaper journalist. Sneaky fuck, he’s chosen a fitting career. And his snobby cousin operates the black market shop nearby, so it must run in their well-heeled family. Now I need to ask Margarete to change the combination to my safe.”

The note is actually a reference to an email from Raphael Colantonio, Arkane’s creative director. He sent it to Arkane staff members when Kotaku leaked information about a Prey 2 reboot some three years ago. The email reads:

“Now that the news is out, we’ll be contacted left and right by press sneak fucks who will want to know more. Please don’t answer to any of their requests.”

The email has since become legendary. It’s really cool of Arkane Studios to insert this small nod into the game. It goes to show that they don’t bear a grudge against Kotaku.

NEXT POSTFallout 4 mods for PlayStation4 and PS4 Pro