There are a variety of puzzles to solve in Elden Ring. These can be very difficult to solve, but doing so is very much in your interest, since they often hold some of the best loot in the game. The Albinauric Rise Puzzle is one such example. When you arrive there, you won’t be able to enter the tower itself. However, there is a hint about what you need to do to get inside – in the form of a statue of Fanged Imps outside. This Elden Ring Albinauric Rise puzzle solution involves Fanged Imp Ashes, and we will show you where the location where you can get some in the game. 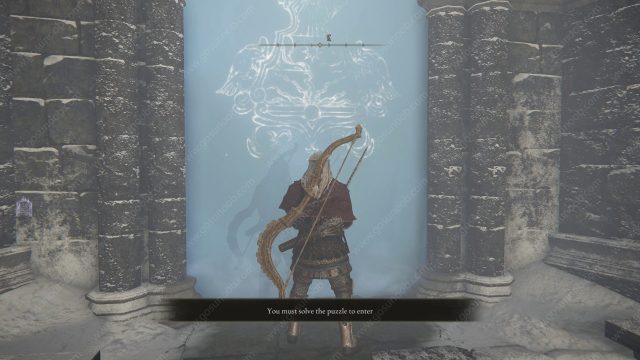 There are two ways to get Fanged Imp Ashes in Elden Ring. The first method is to select this as your Keepsake during character creation. The second way involves purchasing it. You can do this by trading with the Isolated Merchant at Raya Lucaria. He can be found outside the Raya Lucaria Academy in the Liurnia of the Lakes region. The Fanged Imp Ashes costs 2,000 Runes to purchase.

The Albinauric Rise tower is a location that can be found in the east Consecrated Snowfield region. When you get there, you will see that the way inside the tower is locked with a protective barrier. If you examine the barrier, you will get a notification that you need to solve a puzzle first. Near the entrance, there is a statue depicting two Fanged Imps fighting between themselves. This is your clue on how to solve it.

So, use your Fanged Imp Ashes to summon the imps to your side. What you need to do is to make sure that your summoned Fanged Imps inflict some damage to the real Fanged Imps found outside the tower. They don’t need to land the killing blow, simply to injure them. Once you’ve taken care of them, you can then head inside. At the top of the tower, you will find the Graven-Mass Talisman. This Talisman will increase the strength of your Sorceries by +8%.