In Elden Ring, finding the best equipment at any given moment will be of utmost importance if you are planning on making any progress. And having the best shield at the start of the game can make all the difference. Even low and mid-tier foes hit hard in Elden Ring. If don’t want to constantly look at the “YOU DIED” screen, check out where you can find the best early game shield in Elden Ring. 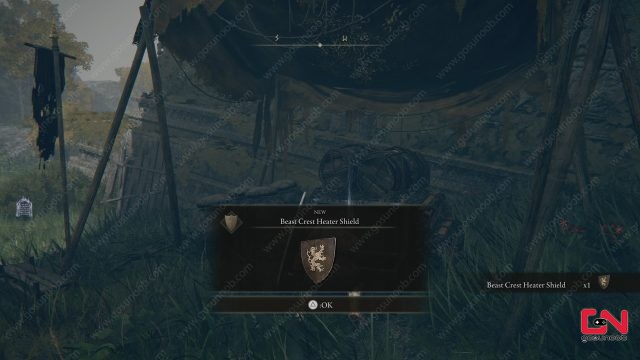 What is the Elden Ring Best Shield in Early Game?

In our opinion, the best shield for Elden Ring’s early game is the Beast Crest Heater Shield. As with most FromSoftware games, the big focus is on melee combat, where you’ll meet your foes up close and personal. Being face to face with nasty creatures and other enemies in Elden Ring means you’ll need to equally consider your protection and aggression. That’s why the Beast Crest Heater Shield is such a strong option. This medium shield boasts 100% Physical Block, very low weight, and great parry frames.

You will be able to find the Beast Crest Heater Shield relatively early in the game. The shield can be found in the second main region in the Lands Between – Stormhill. You’ll enter Stormhill naturally as you progress through the game, on your way to Stormveil Castle. To find the shield, head directly north of the Stormgate until you reach a wide gorge that forms a natural passage towards Stormveil Castle. This gorge is filled with palisades, ancient ruins, and military camps with canopy, tents, and supplies. Check out our map screenshot above for the exact location.

As you make your way through the natural passageway, you need to deal with a few Soldiers, Nobles, and Dogs. Make sure to check your surroundings for crafting material and other minor loot. Around halfway through the gorge, you’ll see a battered canopy with a chest beneath it. And in that chest, you’ll find the Beast Crest Heater Shield. Again, we’ve pinpointed the exact location on the images below.