The Blasphemous Blade is a Greatsword weapon from Elden Ring. It is an Str D, Dex D, and Fai D scaling weapon and requires Str 22, Dex 15, and Fai 21. But what makes it a truly fearsome and useful weapon is its Taker’s Flames skill, which results in you stealing HP from the enemies you attack. As such, it can be considered a defensive weapon as well as an offensive one. In this guide, we will show you the location of the Blasphemous Blade in Elden Ring, and how to get and use it. 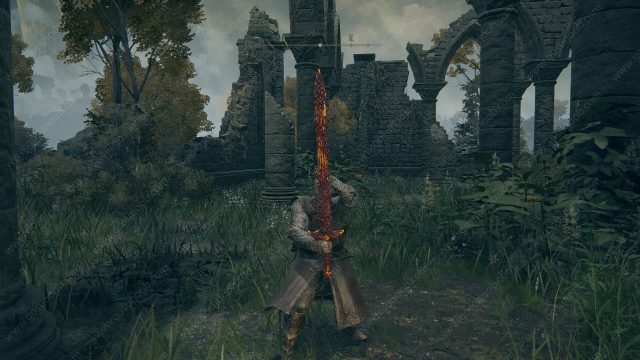 How to Get Blasphemous Blade in Elden Ring

In order to get the Blasphemous Blade in Elden Ring, you will first need to defeat Rykard, Lord of Blasphemy. He is one of the Demi-God bosses, which are some of the toughest enemies in the game. To battle him, go to the Audience Pathway in Volcano Manor. We have marked this location in the screenshot below. The fight consists of two phases, and you need to defeat the God-Devouring Serpent form before Rykard shows himself. Upon defeat, he will drop Rykard’s Great Rune and Remembrance of the Blasphemous.

After that, take the Remembrance of the Blasphemous to Enia. She can be found at the Roundtable Hold. Like with other Remembrance items you get from defeating Demi-Gods, you will have two choices here. You can either trade it for the Blasphemous Blade or for Rykard’s Rancor. The second one is a Sorcery and it “Releases searing spirits that repeatedly explode after delay.”

How to Use Blasphemous Blade in Elden Ring

The Blasphemous Blade will heal you 6.5% when you kill enemies while holding it (you don’t need to deal the killing blow with it for this power to activate). Using the Taker’s Flames skill will heal you for approximately 20% with each successful hit. To get the most out of using it, we advise you fully upgrade it using Smithing Stones.