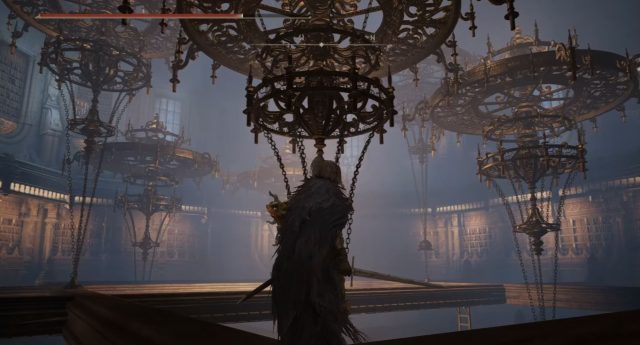 First thing first, we’ll assume that you’ve cleaned the normal version of the Elden Ring Carian Study Hall. This includes killing Preceptor Miriam, the mini-boss inside a library, and all spectres. Make sure to grab all the loot as well, notably the Cerulean Seed Talisman and the Magic Downpour Sorcery spell. Now, you might have noticed strange upside-down stairs in Carian Study Hall, and you’re not sure what’s that all about.

As we’ve mentioned, there’s a long way ahead in order to get the Carian Study Hall key and unlock the secret room. The first thing you need to do is to complete the Caria Manor dungeon. This will grant you access to new parts of the Lands Between, including Ranni’s Rise, where you’ll get an option to serve Ranni. This starts Ranni’s questline. She’ll eventually send you to Nokron Eternal City. After completing a quest for her that includes finding Blaidd and the Fingerslaying Blade, Ranni will give you the Carian Study Hall key.

Elden Ring How to Reach Divine Tower of Liurnia

Now when you finally have the Pedestal key, head back to the Carian Study Hall. Enter the hall, and put the Carian Inverted Statue on the Pedestal. A cut scene will ensue. Now head back to the library again, and you’ll find it upside-down. Make your way down the Inverted Carian Study Hall. Use wall edges and beams until you reach a wooden platform in the centre. Stand in its centre to activate the lift which will bring you down to the front door. Open the door and the Divine Tower of Liurnia will be on the other side. Just head there, and that’s how to get to the Divine Tower of Liurnia. Screenshots courtesy of PerfectParadox.