Should you serve Ranni the Witch or not in Elden Ring is one of the choices you’ll have to make in the second part of the game. Being so late in the game, players are understandably cautious when making a decision on the Ranni quest. What happens if you choose to serve Ranni? What are the ramifications if you choose not to serve her? Answers to these and other questions you will find in our Elden Ring Serve Ranni or Not guide. 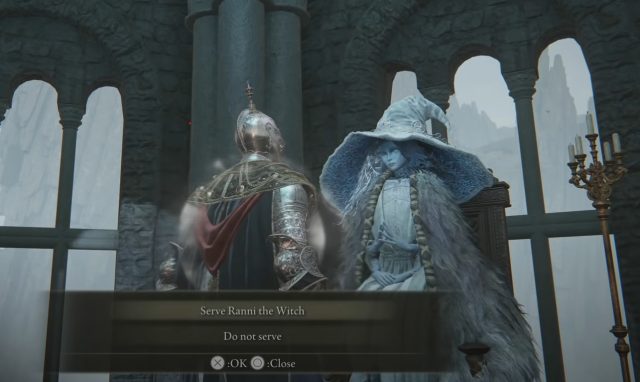 Should You Serve Ranni the Witch in Elden Ring?

Serve Ranni the Witch or Not Elden Ring

Ranni the Witch, or just Renna how she introduced herself the first time we met her, will ask you to serve her when you meet her at Ranni’s Rise. If you choose not to serve Ranni, there will be no major direct consequences. You can still continue the main story as normal. She’ll not hold it against you. Yet, by choosing to serve Ranni, you’ll open up a brand new questline with an abundance of new and interesting characters and side story elements. So there’s really no practical reason for you to choose not to serve Rani in Elden Ring.

If you choose to serve Ranni, she’ll direct you to some new areas to explore, like Nokron Eternal City. At some point, some of your decisions during her questline might influence the ending, though we won’t spoil things for you. But that’s another reason to choose to serve her, as you’ll be presented with new main story options.