Elden Ring’s Time of Day cycle is one of the brand new mechanics in FromSoftware games. Being a spiritual successor to Dark Souls games, Elden Ring is heavily inspired by the legendary action RPG series. You’ll see this through many aspects of the game. And while many mechanics are carbon copies of those we know from Dark Souls, there are a few original ones, like the aforementioned time of day. Read on to learn how can you change day and night in Elden Ring. 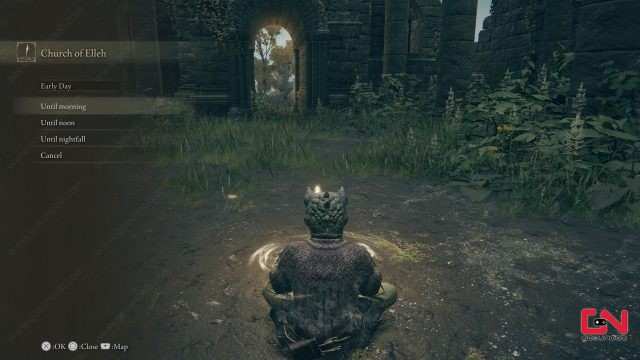 How to Change Time of Day in Elden Ring

In Elden Ring time will pass naturally as you play the game and explore the world. Akin to many other RPGs with the Day & Night cycle, you’ll also be able to change the time of day. You won’t be able to select an exact time like in some other games, but you will be able to choose between morning, noon, and nightfall. Selecting any of these three options will instantly move you to that time of day.

The change time of day in Elden Ring, simply visit any Site of Grace (Bonfire as we know them from Dark Souls) and select the Pass Time option. You will be presented with the three aforementioned times of day – morning, afternoon, and nightfall. Simply select the time of day and the game will instantly switch to it.

Elden Ring’s Day & Night cycle is not purely for immersion, as it also has a slew of gameplay mechanics set around the time of day. If you are planning on playing a stealth-based build, you will be more efficient at night. Sneaking and hiding will work much better, and most of the enemies will have their visibility lowered.

Furthermore, there are some specific types of enemies that lurk in the shadows and will appear only during the dark hours. For now, we know that you’ll encounter Giant Bats and the Black Knight on Horseback at night.

Many enemies will also change their spawning positions depending on what time of day is currently. Some enemies may be much more powerful at a specific time of day. Some locations may be heavily guarded during the daytime, but might be vacant at night. Did you learn about some other differences? Share with us in the comment section!