Is there arena matchmaking and level scaling in Elden Ring’s Colosseum PvP mode? Elden Ring patch 1.08 is here! And there, it’s all about PvP battles. There are three new PvP arenas, each with its own rules. However, what about the Colosseum matchmaking? Is there any system, and how does it work? Will you be matched against a player of the same level? Here’s what you need to know. 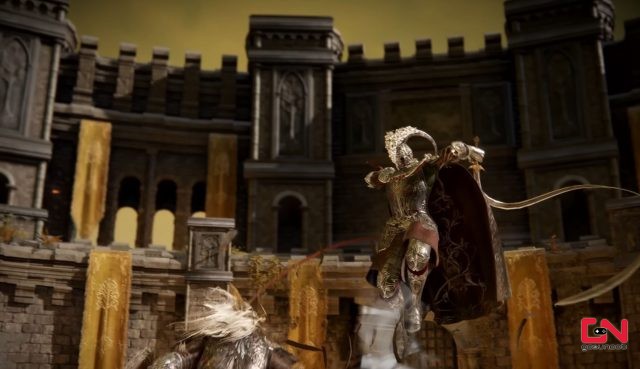 The new Colosseum update brings three distinct Colosseum arenas, each with its own set of rules. These PvP arenas are located in Limgrave, Caelid and Leyndell. You can engage in one-on-one duels, 2v2 and 3v3 team matches, and even summon Spirit Ashes to fight for you. There is something for everyone in this new PvP mode, and the best thing is that you can play with your friends. And when you are not playing with (or against) friends, you will be matched with other random players online. However, is this Colosseum matchmaking completely random, or is there some system?

At the moment, Colosseum doesn’t have a ranking system, though it is expected Ranks to be implemented very soon. And when it comes to the Colosseum matchmaking, while we can not confirm it, the system is almost certainly there. Matchmaking in the other two multiplayer modes – invasions and duels – is based on character and item upgrade levels. Thus, we can safely assume that FromSoftware will use the same system for the arenas.

Nonetheless, based on our experience with arenas in DS2 and DS3, the Colosseum Matchmaking system will have some leniency. Namely, it will always try to match you against an opponent of approximately the same level. However, if the game is searching for a match for you for too long, it will eventually match you against whoever is available at the time. And that’s all you need to know about the Elden Ring Arena matchmaking system. We will make sure to update the article once we have more information.