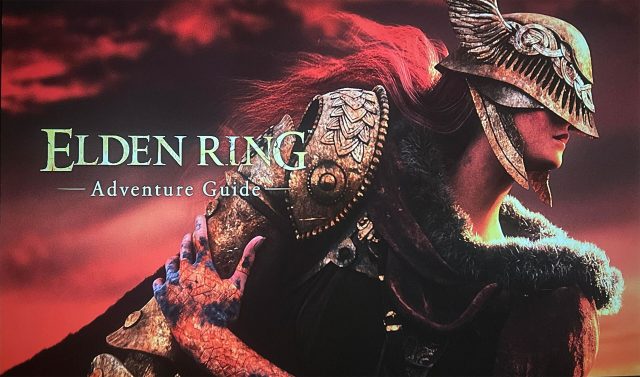 For PlayStation owners, if you have a digital copy of Elden Ring, the pre-order bonus will be automatically added to your account when the game launches. If you had pre-ordered a physical copy of Elden Ring, you’ve received an email with a code that you should redeem in order to receive the pre-order bonuses. You can redeem your code just like any other content in the PlayStation Store.

The same goes for Xbox consoles. With a digital copy, your content will be there once Elden Ring officially launches. If you’ve purchased a physical copy of Elden Ring, you will receive a code to redeem for the Adventure Guide and other preorder bonuses.

To find your pre-order Elden Ring content, go to a store of your console, and find Elden Ring. Then look under “in this bundle” for Xbox or “extra content” on PlayStation consoles. For players who have preordered Elden Ring on Steam, you can find the Elden Ring Adventure Guide under “DLC”. Just right-click on the Elden Ring icon in your Steam library, select “Properties…” and then the “DLC” tab. You’ll find all your Elden Ring pre-order content there.

For PC on Steam:
Right click on Elden Ring in your library and click on properties. Select DLC in the newly open window to see if the Adventure guide is downloaded. Once you start the game and make a small progression, you’ll get an option to open the Adventure Guide from the Elden Ring launch screen.

A number of players are currently reporting that they are unable to download the Elden Ring Adventure Guide. At the time of writing, this is most likely because Elden Ring is still not available in your region, so patience is your best friend. Once the game becomes available in your region, you will also be able to find the pre-order content as we’ve explained above.