There are special imp statues in front of white fog barriers in Elden Ring that you can unlock with stonesword keys. Most of them contain excellent items and rewards. The trick is that stonesword keys are not easy to come by. You’ll have to decide which of these secret dungeon places you want to open first. This depends on which item you are after. Is it spells or weaposn? Do you need new spirit summon ashes? To help you find exactly the imp statue white fog barrier you need to open for a specific item we present you with the list of all locations of these secret dungeons and what you can find inside. 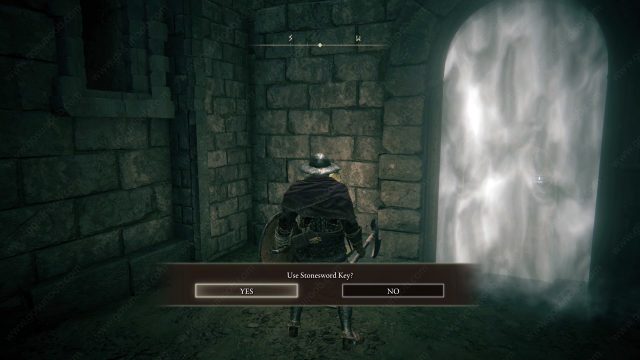 1. The very first dungeon is at the start of the game. After the tutorial cave you’ll find a site of grace called Stranded Graveyard and there’s a big white fog barrier to the right of it. You open it with a Stonesword key at the imp statue left of the barrier. This is a very tricky area with a very hard boss at the end. We recommend coming here much later in the game (after you are at least level 30). Rewards:

2. Inside Stormveil Castle, after you defeat Margit the Fell Omen, and reach the spider mini boss from Rampart Tower site of grace. In the room where the spider is at go through the lower-left door when looking at the spider. Inside the room there are two greataxe wielding enemies and several items to pick up. Rewards:

3. In Stormveil castle in between the main gate and where you fight Godrick the Grafted. From Liftside Chamber exit east where there’s a bunch of enemies guarding the approach from the main gate. Hug the right wall going south and enter the door leading downwards. There’s four rats and the white fog gate with imp statue. Inside you will find two spellcasting items. Rewards: 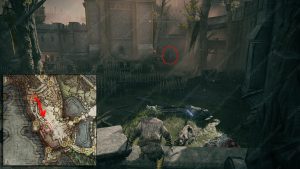 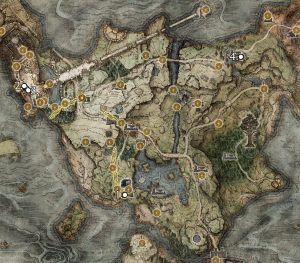 4. Found inside Summonwater Village ruins where you fight the Tibia Mariner boss. This is the first ruins you come across as you exit West Limgrave to the east, following the northern road. There are stairs leading down in the ruins. You can open the white fog barrier with one stonesword key. Reward:

5. Roundtable Hold is a special hub similar to what we’ve seen in all previous Dark Souls games. You get access to this hub area when talking to Melina at a site of grace. It contains various NPCs, vendors, trainers and a blacksmith. It also contains two special rooms locked away by white barriers with imp statues next to them. They are found when you go down the stairs found just next to the Smithing Master Hewg. Use your stonesword key on the first barrier then, once inside the dining room, there’s another barrier to open.

6. The first one is found inside Tombsward Catacombs dungeon. You’ll find this dungeon in the western part of the peninsula. Located directly south of Church of Pilgrimage. Close to the entrance and the site of grace in the cave. Rewards:

7. In western Weeping Island, close to the bell turtle there’s an Evergaol that needs to be unlocked with a stonesword key. Weeping Evergaol houses boss Ancient Hero of Zamor. Reward for killing him is: 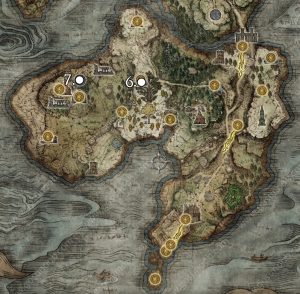 8.In the rot infested lands of Caelid we found one white barrier so far. It is hidden in a rock face west of Astray from Caelid Highway North bonfire. There’s actually a ghost guide that will lead you to it if you interact with what looks like a tall candlestick in the rot river near the site of grace. You can just use the map screenshot bellow to find it yourself though. Unlocking the imp statue barrier will reveal Gaol Cave. It is a full mini dungeon with a cave boss at the end. The cave contains multiple rewards and important items. It is also filled with Golden Runes. Killing the mini dungeon boss also rewards you with a worthy talisman. 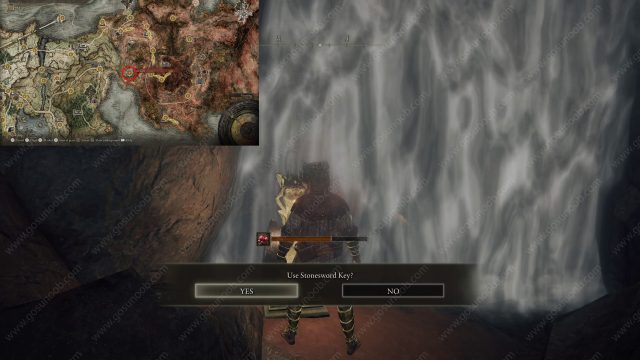