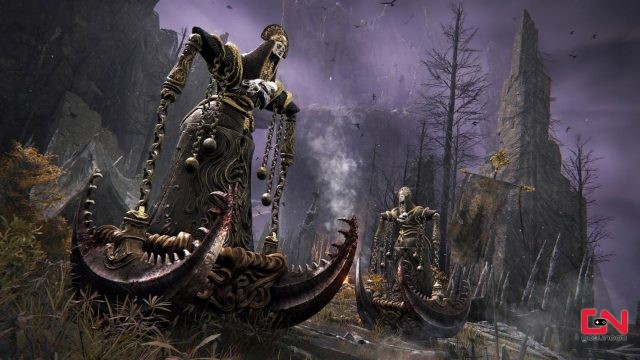 How to Power Stance Weapons In Elden Ring

Dual-wielding is back in Elden Ring and it essentially works in the same way as it did in Dark Souls 2. To power stance weapons in Elden Ring, all you need to do is to equip two of the same weapons in each hand of your character. And that’s it, you are good to go. The only major difference here is that you don’t need to switch to the power stance mode in order to get that moveset.

You’ll get powerstance moves automatically upon equipping two identical weapons. This has some players confused as they are not sure how to perform power stance attacks. The confusion stems from the fact that your standard light and heavy attack buttons (R1/RB or R2/RT) will still have the same attacks. In order to use special power stance attacks with both weapons, you need to press the L1/LB button.

And that’s when your character will perform a powerful dual-wielding attack with both weapons. As it was in Dark Souls, power stance attacks are powerful blows that can inflict tremendous damage, but at a cost of rapid stamina consumption. Thus, if you are planning on playing a power stance build, it’s not a bad thing to invest in the Endurance stat, as it will not only boost your Stamina but it will also allow you to wear heavier equipment – those swords cannot carry themselves!