While not an official Dark Souls game, Elden Ring can be seen as a continuation – and evolution – of the Souls genre as a whole. This hotly-anticipated game has already taken the gaming world by storm, as both players and critics alike agree that it is nothing short of a masterpiece. And while Elden Ring has had a pretty smooth launch overall, there are a couple of bugs that have been giving players grief. One of these is the Invisible Enemies bug. For a game that is so reliant on seeing your enemies’ movement and attacking patterns, this is a pretty severe issue. But, as we will see in this Elden Ring Invisible Enemies Bug Fix guide, there is a way to resolve it. 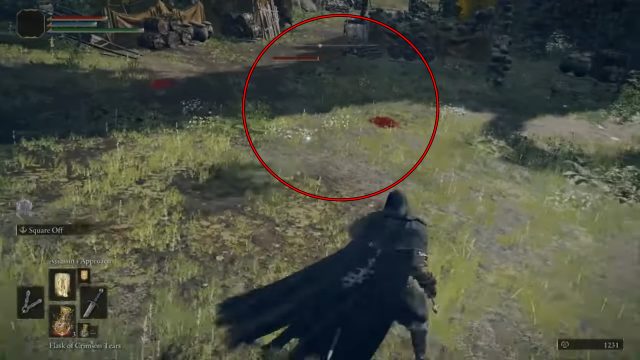 How to Fix Invisible Enemies Bug in Elden Ring

This problem has affected many players so far. It doesn’t apply just to enemies, but also to NPCs as well. Basically, besides your player character, all other characters can become invisible. You will be able to discern that someone – or something – is there due to their sounds and shadows, but the characters themselves won’t render. This invisible man bug is very annoying, and you will want to resolve it as soon as possible so that you can continue playing the game in peace. There are several methods you can try to do this.

The most common way to fix this Invisible Enemies bug is to play the game in offline mode. This has helped the majority of the players experiencing this issue. If this doesn’t work for you, another thing you can try is to save and quit the game and then reload the area where you had the bug. Updating your GPU drivers has likewise helped some players with this, and then setting the game’s performance to high. Lastly, you can try to set Borderless Windowed and Auto-Detect Best Rendering Settings to Off, and then set Lighting Quality and Global Illumination Quality to Low. In any case, this is probably a temporary issue that is going to get fixed with an upcoming patch soon.