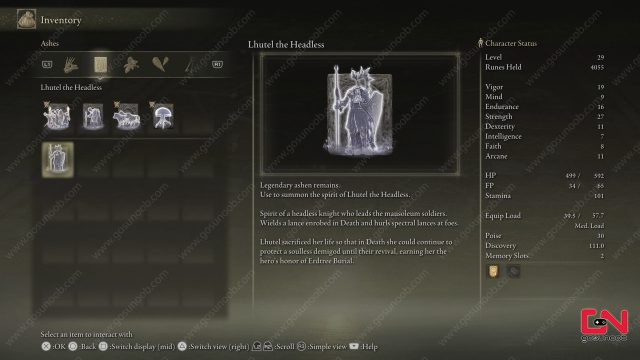 Where to Find Lhutel the Headless Summon in Elden Ring?

Once inside the Catacombs, you’ll need to open a door locked by some contraption. This should not be a particularly complicated task, just follow the instruction from our guide. The doors we are talking about are the massive double doors with two statues by their sides, it’s really hard not to spot them.

When you open the door, pass through them, go downstairs, and there, in the deepest room of the Catacombs, Lhutel the Headless Legendary Ashen Remains awaits you. Of course, you’ll have to fight for them first. There’s a Cemetery Shade inside, a mini-boss guarding the final level of the catacombs. The Cemetery Shade has a blink ability, allowing it to use hit-and-run tactics and slash you swiftly with its spectral blades. The shade also has a ranged attack in the form of green poisonous balls. Dance around it, avoid its attack, and it will not be a challenge for you to defeat it. 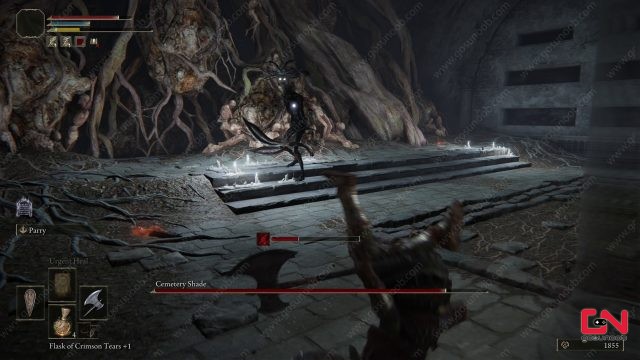 Upon defeat, the Shade will drop 2200 Runes, and Lhutel the Headless Legendary Ashen Remains. With it, you now have the ability to summon Lhutel the Headless, which I’m sure you’ll find to be a very useful comrade-in-arms when things get heated.

PREVIOUS POSTThy Creature is in Early Access on Steam