Nagakiba is one of the most striking weapons in Elden Ring. Considering just how many weapons there are in this game, this is quite an accomplishment. It has Str D and Dex C scaling and requires Str 18 and Dex 22. When you equip it, this katana will provide the Piercing Fang skill. Combined with its great reach and the fact that its passive will cause a blood loss buildup, the Nagakiba is an excellent weapon. You get it from Bloody Finger Hunter Yura, either by following his questchain, or by attacking and killing this NPC to claim his weapon. There is an issue with Nagakiba not spawning in Elden Ring, and we are here to help you if you have been experiencing this problem. 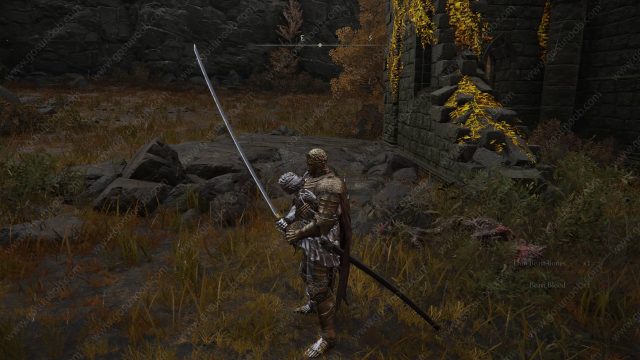 What to Do if Nagakiba Is Not Spawning in Elden Ring

To begin with, let’s see how you will be able to obtain Nagikaba in the first place. This is the weapon wielded by Yura. This NPC is involved in a very lengthy questchain, and we’ve covered it in our in-depth Yura questline guide. You will first encounter this NPC close to the Seaside Ruins in Limgrave. You can attack him then and there and claim the Nagakiba this way. However, doing so will make you miss out on all the other rewards his questline has to offer.

In time, this questline will lead you to the Second Church of Marika. There, you will come across a dying Yura. When he dies, you will then be able to loot his body and get the Nagakiba katana. However, some players have been reporting that this isn’t the case and that they haven’t been able to do this. So what to do if you haven’t been able to get the Nagakiba? Well, there are several things to try out. The first thing you should attempt is to go to the second spot where you encountered him, to the north of Murkwater Cave. Nagakiba should be in a chest there. And if it still isn’t there, you can go to the Zamor Ruins Grace. Yura – or something controlling his body – will be there, and you can kill him for his armor. Once that is done, go back to his previous location near Murkwater Cave to see if the Nagakiba katana is now there.

NEXT POSTWhere to Invade in Elden Ring