Is Patches in Elden Ring? Everyone’s favourite treacherous rascal from FromSoftware games is back in Elden Ring! Of course, he’s up to no good, which you’ll find out soon enough upon encountering him for the first time. If you are wondering where to find Patches’ location in Elden Ring, and what to do with his chest, this article will walk you through the complete Patches questline. 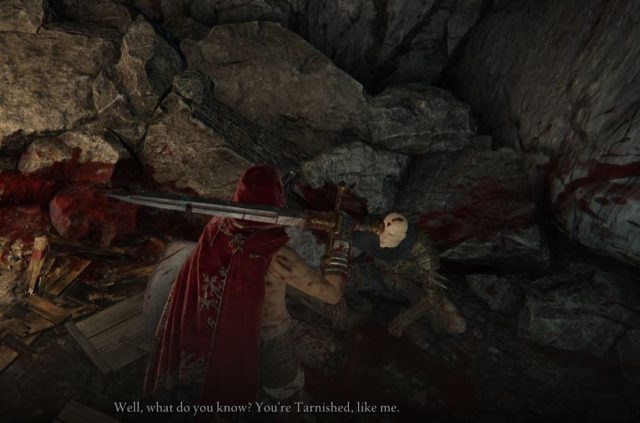 Where to find Patches in Elden Ring?

Patches the Untethered is a recurring character in all FromSoftware games, so it’s no surprise that we will meet him in Elden Ring. You’ll find Patches lurking in the Murkwater Cave. To find Patches in Elden Ring, head to the northeast shore of Agheel Lake. From there, just follow the riverbed upstream towards the north. The riverbed forms a gorge and as you go north you’ll spot a small fire on your left side. That’s the Murkwater Cave entrance. You’ll need to beat a Bloody Finger first, then enter the cave. Activate a Cite of Grace inside, and just go straight to the back of the cave until you reach a bigger area with daylight entering through an opening in the ceiling. You’ll see a campfire, two stools, some supplies, and a chest to loot. Upon looting the chest, Patches will appear.

Patches will accuse you of being a thief because you’ve taken things from the chest and a fight will ensue. It will be a short one, and then you will be presented with an option. You can either forgive Patches for attacking you or not. No matter what you choose, he’ll open a shop there where you can purchase some items exclusive to him. Even if you don’t forgive him, you don’t need to kill him.

Once you’ve purchased around ~ 2000 Runes worth of stuff from him, he’ll offer you a gift – a special chest for you. The chest will turn out to be a trap, which will teleport you straight to an area with a couple of huge bears in Mistwood, just east from Limgrave. When you return, Patches will be surprised to see you alive, but he’ll keep selling items from his shop to you. He will also give you a Calm down gesture as an apology.

No matter if you choose to forgive or not to forgive Patches, you can always kill him. If you kill Patches, he’ll drop Spear +7, a complete Leather Armor Set, and Patches’ Bell Bearing. If you are worried that this will lock out the items from his shop. that will not happen. Just bring the Patche’s Bell Bearing item to Twin Maiden Husks, a vendor at the Roundtable Hold, and they’ll start selling items from his shop. If you want a visual walkthrough for all of this, check out Games from Mars’ Patches video!