FromSoftware has released another substantial update for Elden Ring on March 17th 2022. Elden Ring patch 1.03 is packed with new features and improvements, bug fixes, and balance changes. Among highlights, the Ragged Armor has been mysteriously removed, some NPCs have received additional steps in their questlines, and some overpowered strategies have been nerfed. Check out the full Elden Ring 1.03 patch notes. 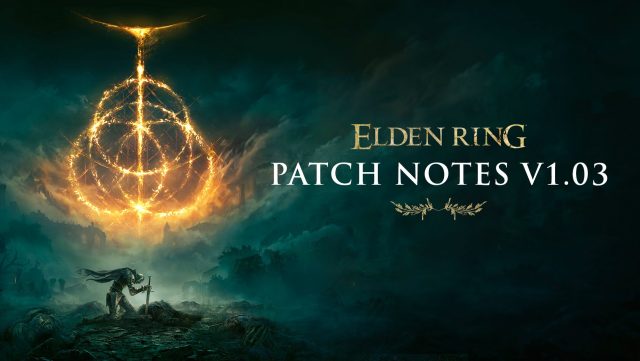 With the Elden Ring 1.03 update, the Ragged Armor Set has been removed from the game, which is probably the biggest surprise on the list. Fans are speculating on why this has happened. The most likely reason is the fact the Ragged set wasn’t actually planned to be added at this point. As developers explain in patch notes, it was mistakenly added with the previous update. The most likely reason for its removal is the simple fact that they are planning on adding it later. Probably as a part of some DLC.

Another highlight from this patch is the much-needed NPC marker, which you can use to record NPC locations on the map. Elden Ring NPCs are notorious for constantly changing locations. While the marker will not prevent them from doing this, it might at least help you to keep track of them. Speaking of NPCs, several of them (Diallos, Nepheli Loux, Kenneth Haight, and Gatekeeper Gostoc) received additional phases in their questlines. As if they weren’t already complicated.

There’s also a new NPC, called Jar-Bairn. You can find him in Jarsburg. When it comes to balance changes, some particularly powerful options are nerfed. For example, the Sword of Night and Flame and the Hoarfrost Stomp Ash of War. There are also quite a few potent buffs for some less popular sorceries and other items. Check out the full list of changes in the Elden Ring patch 1.03 below.

NEXT POSTElden Ring Radahn Great Rune, How to Activate