Elden Ring certainly doesn’t lack ways of killing you. If it isn’t some grotesque monster or seemingly unbeatable boss, then the environment itself will take matters into its own hands. One such menace to your life is called Scarlet Rot. Scarlet Rot is a damage-over-time (DOT) status effect inflicted on players. It’s caused by reddish sludge which you can encounter in the Caelid region. Players will often be forced to wade their way through these mire areas. The moment you step your foot on the red ooze, a Scarlet Rot bar will start filling up rapidly. Once full, you’ll receive the Scarlet Rot status effect. The status is rather annoying as it will drain your health over time and if it doesn’t kill you, it will significantly cripple you. Here’s how to remove Scarlet Rot in Elden Ring. 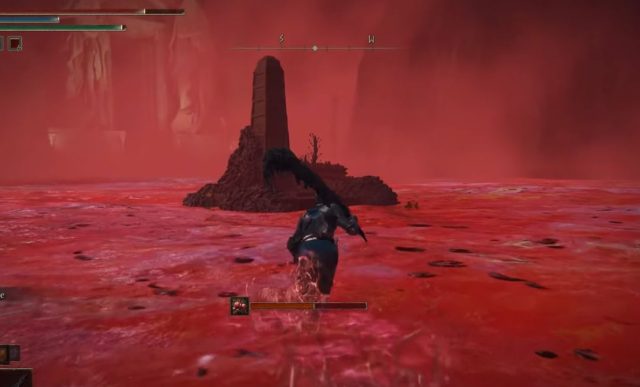 How to remove Scarlet Rot in Elden Ring?

In order to remove the Scarlet Rot effect in Elden Ring, you will need to use an item called Preserving Boluses. They are not that easy to find, but you’ll have several opportunities to get them. You’ll receive five of them at the Shack of the Rotting. It’s hard not to spot the Shack of the Rotting, it’s located right on the border between north-western Caelid and Limgrave. Just go down the road that connects these regions and you’ll spot the Shack. You can also craft Preserving Boluses with the help of the Armorer’s Cookbook (6). You’ll find the Armorer’s Cookbook (6) near the Siofra River Bank site of grace. This is particularly useful as you’ll often find yourself lacking Boluses when you need to cure Scarlet Rot. To craft a Preserving Bolus, you’ll need the following ingredients:

Alternatively, you can also remove Scarlet Rot with the “Flame, Cleanse Me” incantation. The incantation can be obtained at the Fire Monk Camp in Liurnia. The camp can be found just north of the Artist’s Shack point of grace. Upon using either Preserving Boluses or “Flame, Cleanse Me”, the Scarlet Rot effect will be completely removed. You can remove both the effect and the build-up of Scarlet Rot in the status bar. Suffice to say, it’s incredibly important to have these during your foray into the Caelid region. Various enemies, as well as surroundings, will often inflict Scarlet Rot on you, which, if not cured swiftly will lead to your untimely death.

NEXT POSTElden Ring Rune Arc, What is It & Where to Find