The Swarm of Flies is a Blood Incantation in Elden Ring. Due to its damage potential, as well as the fact that it causes blood loss buildup, it is easily one of the best Incantations in Elden Ring. If your build is highly dependent on magic use, you will definitely want to make use of this Incantation. However, getting it is by no means easy. In order to get to the Swarm of Flies location in Elden Ring, you will need to take on some very challenging end-game content and figure out how to enter a semi-secret area in the game. We are going to explain how you can do this. 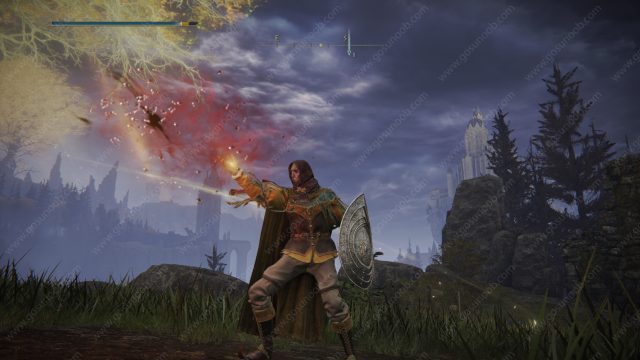 How to Get Swarm of Flies in Elden Ring

The Swarm of Flies is located in Mohgwyn Palace. Getting to this area is a challenge in itself, which is why we have an entire guide dedicated to how you can get there. Once there, you are looking for a cave located in the blood marsh. We have marked the exact location on the screenshot down below. Go there and enter the cave. At the end of it, you will see a corpse. Loot it and you will receive the Swarm of Flies.

This incantation requires 11 Faith and 16 Arcane. Its description reads: “A Blood Oath incantation, shared from the Lord of Blood’s power. Releases a swarm of bloodflies before the caster to assault foes. The vile swarm deals damage and builds up onset of blood loss. This incantation can be cast while in motion. The new palace of the Lord of Blood lies in a swamp of festering blood, and these flies are said to spawn from excrement in that land.” We hope that you have found this guide useful. If you are interested in other such Elden Ring content, we invite you to check out our other Elden Ring guides.