The Mohgwyn Palace is a sort of secret area in Elden Ring that players have only just recently learned about. Being so shrouded in mystery, this has made players that have only heard about it very curious as to what they need to do in order to get to it. In this How to Get To Mohgwyn Palace Elden Ring guide, we will show you how to reach Mohgwyn Palace in ER, as well as how to leave it once you have arrived there. 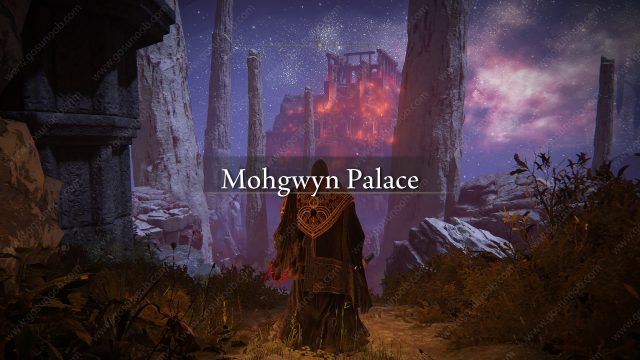 How to Get to Mohgwyn Palace Elden Ring

You can do this in one of two ways. The first of these methods involves White-Faced Varré. At the end of his questline, you will get the Pureblood Knight’s Medal. You can then use this item to get an “audience” with Mohg, the Lord of Blood. This is a powerful optional boss, and you should only take him on if you are absolutely certain of your battle prowess, gear, and mastery over the game. The other method includes finding a portal in the north of Consecrated Grounds. This will take you to an underground passageway. At the end of it, you will find the Mohgwyn Palace itself. We have marked the location of this portal on the screenshot below.

Once you are done with this place, you will want to leave it. But how can you do this? If you bring up your map, the only thing you will see is the Mohgwyn Palace area itself. Don’t worry, there is actually a really easy way to leave – it’s just that Elden Ring isn’t always (or usually) the best when it comes to transparent user interface. What you need to do is to press the Select button. This will bring up the map. Next, since you are underground here, press R3. Doing this will bring up the above-ground map and you can now freely select where you want to fast travel to and be on your way.