The White Mask is the helm that is a part of the War Surgeon Set. Out of all the armor pieces in this set, it is by far the most interesting and useful, due to the 10% increase in attack power when the enemy is under the effects of blood loss. This makes it an excellent piece of gear for player builds that specialize in inflicting bleed damage. Though, getting this Mask is by no means easy. It is connected to Mohg, Lord of Blood and his region, and you will need to do things in a certain order to be able to get it. We will tell you everything you need to know about this in our Elden Ring White Mask After Defeating Mohg guide. 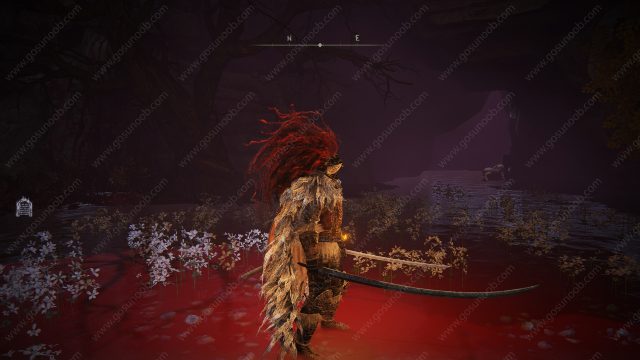 How To Get White Mask in Elden Ring

To be able to get the White Mask (as well as the rest of the War Surgeon set) in Elden Ring, you will need to go to the Mohgwyn Palace area. Once there, head to the Blood lake nearby. You will be attacked by three Nameless White Mask Invaders. We’ve marked their locations in the screenshot below. They all invade separately, so you won’t have to deal with all of them at once. Each one will give you pieces of the War Surgeon Armor Set upon defeat, usually with the third and final Invader dropping the White Mask itself.

Now, this is very important to note – you should do this before defeating Mohg, Lord of Blood. In case you defeat him first, then you won’t be able to get the White Mask by this regular method. Though, as we will see in the next section, there is still a way to acquire this helm.

How To Get White Mask After Defeating Mohg Boss

If you have already defeated Mohg, then you can get the White Mask in one of two ways. The first method is to get it in an NG+, and the second is to trade it with another player. Neither of these are ideal, but so far, these are the only options available to you if you have killed Mohg beforehand.