Ever since it was first discovered, the so-called Zip Glitch in Elden Ring allowed speedrunners to quickly complete the game. The Zip Glitch is a bug that, when performed correctly, allows you to cover huge distances in the game world, and bypass and essentially sequence break the entire game. However, getting this to work is no small feat, as you will need to both understand how this glitch works, as well as what you need to do in order to replicate it on your own system. That is why we are going to take a look at the Zip Glitch and have it explained in Elden Ring. 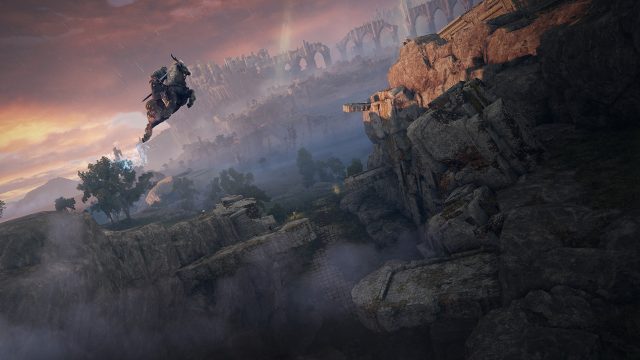 To begin with, it appears that this glitch only works on the PC. If you are playing ER on the PS or Xbox, it doesn’t look like you will be able to replicate this glitch on those gaming systems. With that said, let’s see what the Zip Glitch is. This glitch occurs when, during the block animation, you press the walk forward or backward button (“W” or “S” by default on the PC) while slow walking. Of course, it is a fair bit more complicated than that. Otherwise, this would have been a major issue and something that anyone can do.

No, what you also need to do here is to press and hold the block button and then, on the 129-135 frames of the block holding animation, press the W/S movement button during a window of between 4 to 10 frames. You then need to release this movement button exactly on the 139th frame. If performed correctly, the Zip Glitch should occur and you will zip across the game world. Now, there is no consensus on how to get this to work and it appears that some computers are simply incapable of pulling this off.

However, there are a couple of methods you can try and employ in order to get this to work. First of all, regardless of your computer specs, you should lower all of your graphics settings to low. This includes resolution and all other such options. Doing this will allow you to get a stable 60 FPS.

On the other hand, some players have reported that they had better success doing this by lowering their FPS to 30 instead. The logic behind this is that – fewer frames result in a greater window of opportunity to perform this. All in all, this glitch is very hard and unreliable to perform. Players regularly report that it can take dozens upon dozens of attempts before they manage to do it. One last thing to note here is that you should be very careful when attempting this, as you can easily plummet to your death if you misjudge the distance and altitude.

NEXT POSTWhere to Find Jetpack in Fortnite Chapter 3 Season 2