The Striker is a unique weapon in Fallout 4: Far Harbor. It looks like a Fat Man, but uses bowling balls as ammunition. After you launch a ball, you can pick it up and use it again. Every shot has a 50% chance to cripple one of the target’s legs. This guide is going to show you where to find The Striker in Far Harbor, what it looks like and what it does.

You’ll find this weapon in a bowling alley called Beaver Creek Lanes. It is located a bit south-west of Far Harbor. You’ll recognize the building by the large sign hanging above the entrance. Once inside, go to the far left corner of the bowling room. Go through the hole in the wall, then right. Go past the fusion generator and up the stairs. You’ll end up in front of the manager’s office – The Striker will be on a desk inside.

It’s like the Cannonball Launcher from the base game, mostly a novelty item that’ll be great for a couple of hours, until it stops being funny. Make sure to stock up on bowling balls while you’re there, since there probably aren’t many of them lying around the island. Keep in mind – they’re heavy, so you’ll need quite a bit of free space if you want to lug them around. 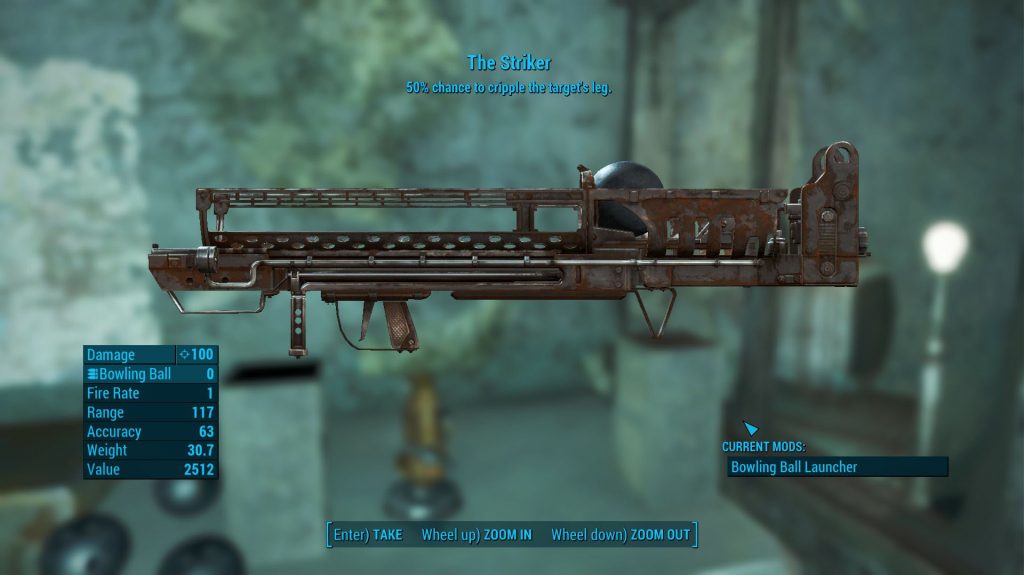