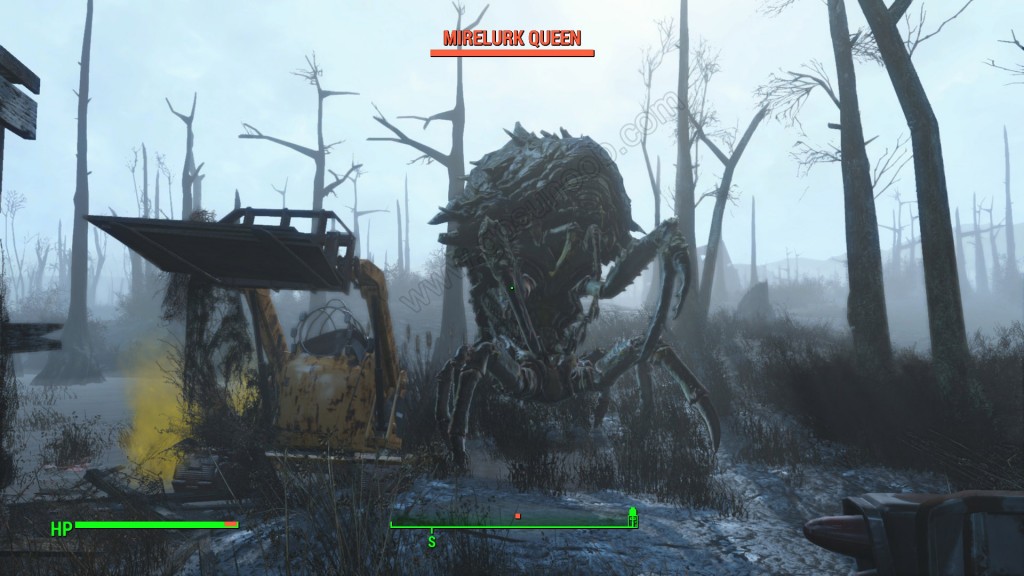 Behemoths are giant Super Mutants armed with a massive club that ends with a hydrant and a shopping cart full of rocks on their back. It’s imperative to keep your distance when fighting them – the club does a bunch of damage and is hard to dodge. When you’re out of reach, they’ll chuck stones at you – these can be dodged by jumping at the right time. Be sure to bring lots of stimpaks and ammo. Having a good suit of power armor wouldn’t hurt either.

Mirelurk Queens are extremely large mirelurks. They’ll smash you with their pincers, spit at you and make little hatchlings chase you. Our favourite way of dealing with then is by kiting them into mines and grenades. This requires you to be quick on your feet and know the terrain well enough – backpedaling into an obstacle could mean the difference between a success and a failure. Make sure you have enough mines/grenades, as well as stimpacks. They’re pretty fast, so having power armor is a must.

NEXT POSTTattoos and Face Paint | Fallout 4