Final Fantasy XV just got updated to version 1.14, then 1.15. This update adds the Master Assassin’s Robe, chapter select, bestiary and a lot more. You’ll have to download a rather large file in preparation for the festival. It weighs about 4GB on PlayStation 4, and 6GB on Xbox One.

This is a rather large update, which is understandable, as it comes in preparation for the Assassin’s Festival. Two patches were released today – version 1.14 is the important one, as it contains the new content. As always, saves made with the new update will not work on older versions of the game. 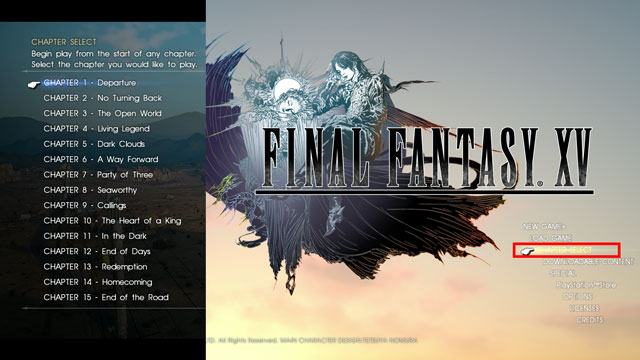