Antitheft Device is a security device in Metal Gear Solid 5: The Phantom Pain. It’s used in FOB defense for detecting intruders – you put it on an object, and when the angle at which it stands starts to change (like when it’s being Fultoned), an alarm goes off. You need a schematic to develop it. In this guide, we’re going to show you where to find the Antitheft Device blueprint.

After you build your first FOB, a Side Op called 8 – Secure the Antitheft Device Blueprint will show up. It will take you to Angola, to an outpost east of Bwala ya Masa. It’s a military camp, but if you come by night, you can sneak right past the soldiers. The blueprint is on a shelf in one of the tents on the east side of the road. 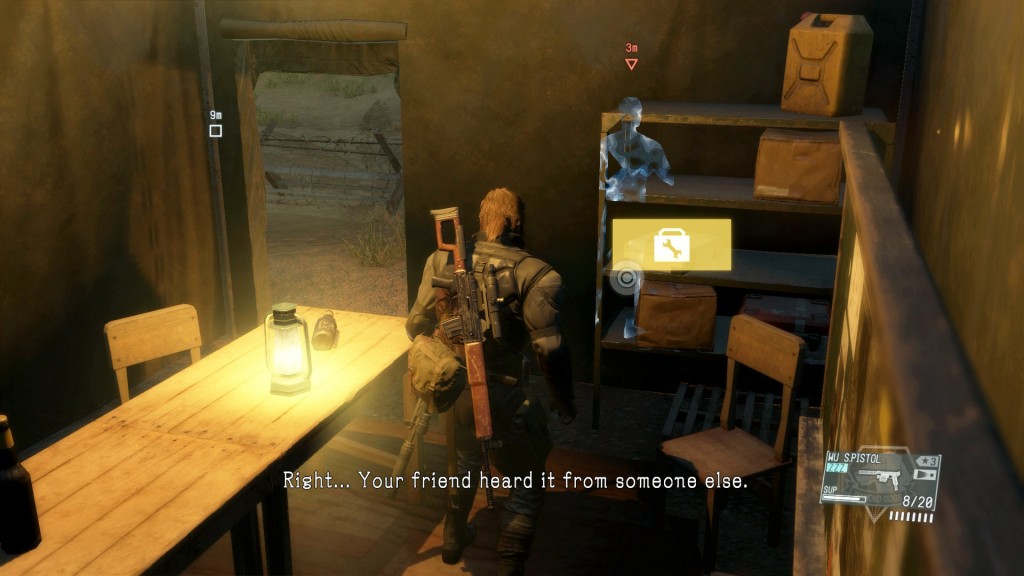 And if you prefer video, we’ve got you covered, too:

NEXT POSTGround Zeroes Save Data Transfer to MGSV Phantom Pain