G44 is an assault rifle in Metal Gear Solid V: The Phantom Pain. It is a jack-of-all-trades – a weapon that offers decent damage and range, coupled with a high rate of fire and some armor penetration. To get it to grade 4, where it opens up for customization, you have to have a schematic. In this guide, we’re going to show you the G44 blueprint location. If this is not the blueprint you were looking for, take a look at our blueprints list.

It can be found at Ditadi Abandoned Village, in central Angola, which you’ll first visit during Mission 15: Footprints of Phantoms. It is in a tent in the eastern part of the site – the one with the blackboard with the maps and photos. 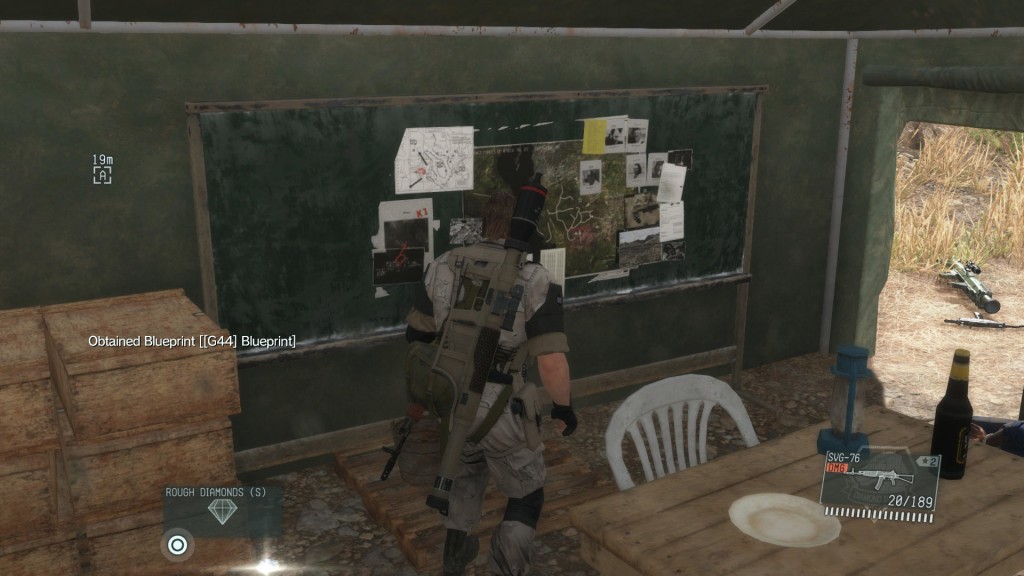 We’ve made a video guide as well, if pictures and text aren’t your thing: