Medicinal Plants are herbs used for researching new items and weapons in Metal Gear Solid 5: The Phantom Pain. There are eight kinds of plants – some can be found only in Afghanistan, others only in Angola. In this guide, we’re going to show you where to find medicinal plants in MGSV. 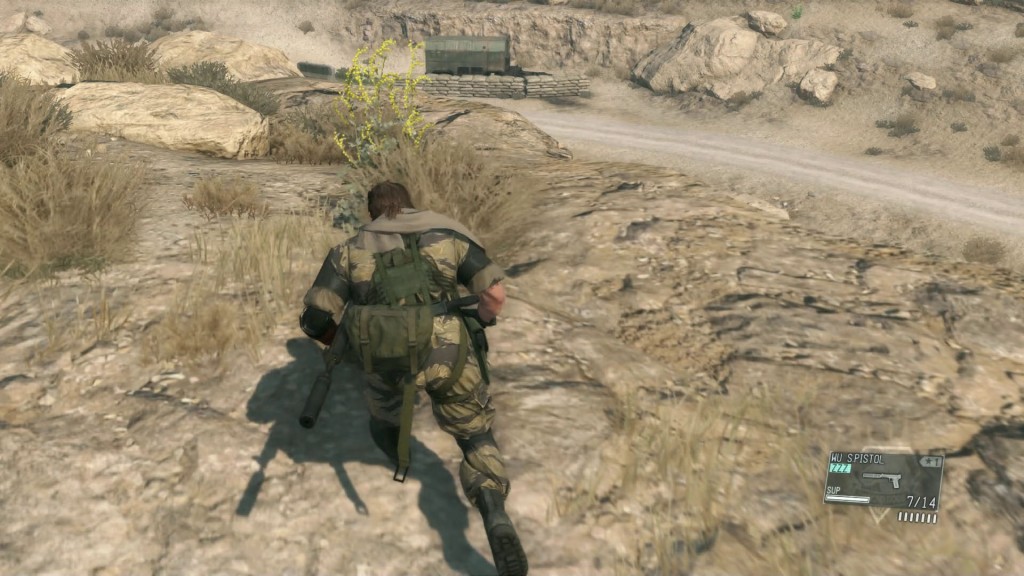 A plant with tiny yellow blossoms that has anesthetic effects. Grows in sunny areas with grass or wastelands. Can be found both in Afghanistan and Angola. Required for using the Phantom Cigar.

A common species of wild carrot. The white flowers grow in clusters. Grows in both areas of the game, and is necessary for using the bait bottle.

You’ll recognize it by the large, blue flowers. It can be found only in Afghanistan. Thanks to its sedative properties, it’s used for strengthening tranquilizer rounds.

It has long, thin leaves and yellow flowers. Grows only in Afghanistan, mainly alongside grass. It has a use in making performance enhancing drugs (pentazemin, acceleramin).

Has big, red, round flowers. It can only be found in Angola, and because of its effect on the nervous system, it is used to develop sleeping gas.

You’ll recognize it by the light purple, bell-shaped flowers. It has a strong effect on the central nervous system. It grows only in Angola, and finds its use in strengthening tranquilizer rounds and using sleeping gas mines.

Looks almost identical to the other Digitalis, except the flowers here are yellow. You’ll find it in Angola, and use it to make better tranquilizer darts, develop and use sleeping gas grenades.

Haoma looks like a shrub with miniature red and yellow flowers. It grows on sand, in Afghanistan. It has an effect on concentration, and is used to make noctocyanin and acceleramin.