The choice of weapons in Metal Gear Solid 5: The Phantom Pain is overwhelming. There’s lots to choose from, and every weapons has its pros and cons. However, some weapons are simply better than others – they do more damage, penetrate harder armor, offer more stability or a higher rate of fire. If you’re having trouble with choosing, take a look at our list of best weapons in MGSV. 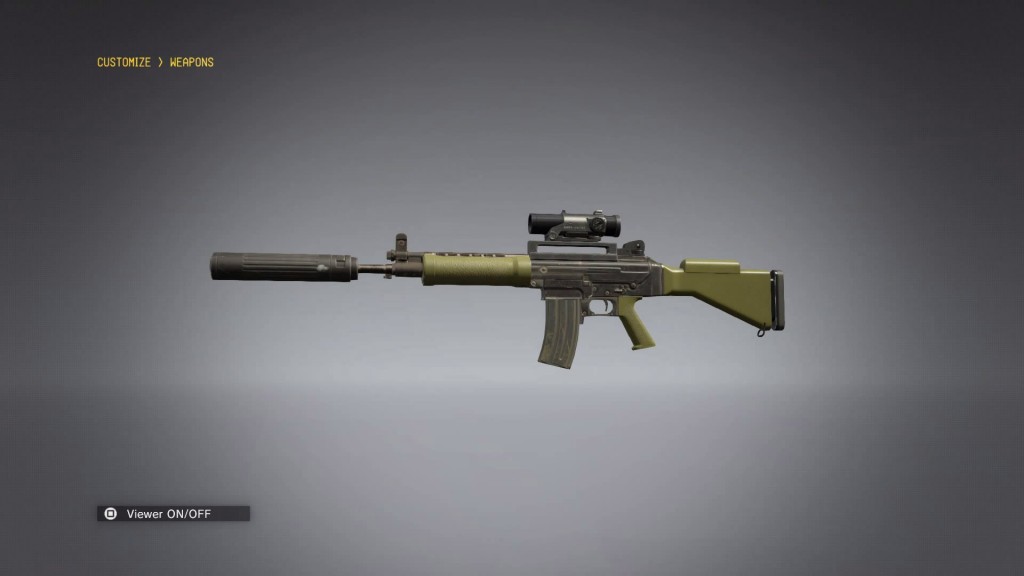 The UN-ARC assault rifle has the best accuracy in its class, high range and even a decent damage output. When you get it to grade 2, you’ll get a dot sight, 2 customization slots and a magnifier for the scope.

The Geist pistol is the fastest firing handgun. It also offers good armor penetration. At grade 3, it gets a flashlight, a bigger clip and a customization slot.

The Riot submachine gun fires rubber bullets. It stuns enemies instead of killing them. It isn’t all that accurate, but it shoots fast. At grade 3, it comes with a dot sign, customization slot and bigger clip.

The Isando grenade launcher has a long range and fast firing speed, for its class. It’s hard to handle, though, and offers no armor penetration. The grade 3 version gets a scope, 2 customization slots and a range upgrade.

The Windruger 333 revolver is a large caliber handgun that has a high reload speed, easily does away with armor and does decent damage. The grade-4 version has gains an increase in reload speed.

The Falkenberg rocket launcher actually launches special warheads. It offers amazing damage, couple with a whole lot of impact force and a great range. At grade 4, it gets even more stopping power and a shield.

The Ze’ev submachine gun has a suppressor, a high rate of fire and decent armor penetration. It lacks in impact force and range. At grade 4, it offers a dot sight, a bigger magazine and one customization slot.

The Bambetov is a semi-auto sniper rifle with a decent firing speed and amazing armor penetration. It gets a suppressor at grade 4.

The Uragan handgun is a revolver that fires shotshells. It has a higher range than other pistols, a high damage output and penetration. The grade-4 version comes with a built-in flashlight and dot sight, and two customization slots – a scope mount and an undermount.

The Kabarga is a clip-loaded automatic shotgun. It combines the raw short-range power of the shotgun with good firing speed. The grade 4 upgrade brings a scope mount, dot sight and a bigger clip.

The UN-AAM machine gun has high accuracy, firing speed and armor penetration. The damage and impact force are low, but the number of bullets sprayed out evens it out. The grade 4 version has a dot sight, bigger clip and a customization slot.

The Zorn Kampf is a hand cannon – it fires grenades. The range is better than throwing them by hand, as is the accuracy. At grade 4, it comes with a laser sight and one customization slot.

The Macht 37 submachine gun has a very high firing speed, ignores a lot of armor and is surprisingly accurate for its class. At grade 4, it comes with an undermount and foregrip slots.

The Gryzov machine gun does low damage at a high rate of fire, with great armor penetration. If you can deal with the heavy recoil, it’s also quite accurate. At grade 4, it gets a 4x scope, bigger clip and a customization slot.

The MRS-71 sniper rifle has a high rate of fire for its category, does decent damage and penetrates a lot of armor. Grade 4 comes with a 6x variable scope and improved stability.

The Bullhorn shotgun does a whole lot of damage at close range, with a lot of spread and a low firing speed. At grade 5, it has a flashlight and 3 customization slots.

The Hail Magazine grenade launcher has small caliber grenades packed in a magazine – it does decent damage, with a higher rate of fire and reload speed than other launchers. Grade-4 has an added long magazine.

The Brennan sniper rifle is a show-stopper. It has high damage, completely ignores armor and has a practically infinite range. The trade-off is the low rate of fire. At grade 5, it gets a range upgrade and a muzzle for accuracy

NEXT POSTMGS5 Over The Fence Walkthrough