KAY/O is a new agent coming to Valorant, and we already know his release date & abilities. His biography states: “KAY/O is a machine of war built for a single purpose: neutralizing radiants. His power to suppress enemy abilities cripples his opponents’ capacity to fight back, securing him and his allies the ultimate edge.” The seventeenth playable character in Valorant, KAY/O is an Initiator – the third in the roster – who specializes in neutralizing the powers of enemy combatants. We will tell you everything you need to know about when KAY/O is getting released, and exactly what his abilities are. That way, you can already get to planning on how you will play this new Agent. 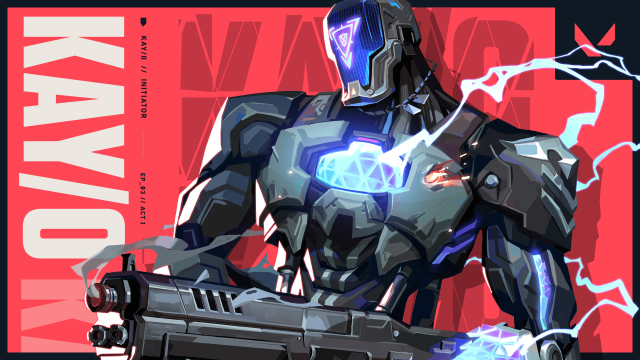 KAY/O is getting released as part of Valorant Episode 3, Act 1 on June 22nd 2021. This update is also expected to include a large patch. We are still not sure how much will be added to Valorant and what will be changed with this patch.

Besides these abilities, KAY/O gains the combat stim while overloaded. If he gets killed while in the overloaded state, he will get downed and allies will need to stabilize his core in order to revive him. KAY/O sounds like a very interesting addition to Valorant and we are sure that players will come up with all sorts of inventive ways to use – and counter – him and his abilities.