After numerous delays and more than a year of silence, Overwatch fans around the world will finally get an opportunity to try Overwatch 2. The highly anticipated sequel of one of the most popular shooters of the last decade will enter its first closed beta this spring. If you are interested in participating, here you’ll find the Overwatch 2 beta date, content, and more. 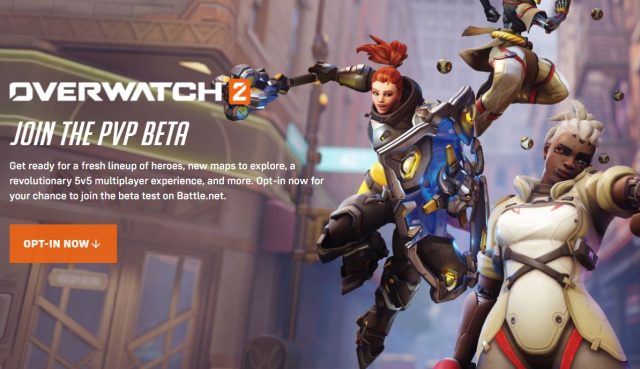 When Does Overwatch 2 Beta Come Out?

Blizzard announced the first closed Overwatch 2 beta in late March. Originally, they didn’t specify the exact date, but now we know when will the OW2 beta start. The first closed beta is set for Tuesday, April 26th, 2022. At the moment, we don’t know how long will it last. Though, it is stated that this is the first one in “a series of closed beta tests”. Thus, the first one will probably be short (a day or two), and the following betas will be longer. The exact starting time is yet to be announced.

The first closed beta will be strictly focused on a new PvP content. For the first time ever, players will have an opportunity to try the new 5v5 PvP format, which will replace the old 6v6 format from OW1. Orisa, Doomfist, Bastion, and Sombra will be significantly reworked, and their reworked versions will be playable in the closed OW2 beta. Sojourn, the first revealed new OW2 hero, will also be available during the closed beta series. Finally, the playlist will consist of all four new maps revealed thus far:

In addition, the new ping system will be introduced in the Overwatch 2 beta. We don’t yet have many details about the system, but it will probably try to emulate the highly-successful ping system seen in games like Apex Legends. And there you have it, that’s all you need to know about Overwatch 2 beta date and content. Find out here how to sign up.