During the Star Wars Celebration, EA and DICE have demoed Star Wars: Battlefront. There were a lot of interesting things to see at the convention, but maybe the most important was the inclusion of iconic heroes and villains into the game’s roster. 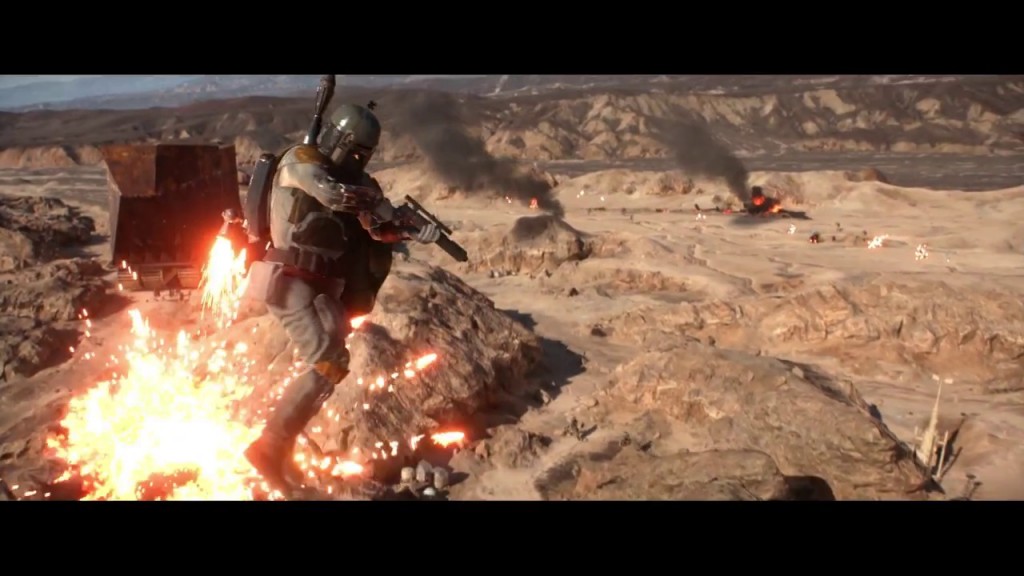 Darth Vader was shown, deflecting blaster fire with his lightsaber and force-choking another player.
▼Article Continues Below▼
Attendees have been told Boba Fett will also make an appearance, shooting and flying across the map. Jedi heroes weren’t mentioned by name, so you can let your imagination go wild. Each hero will have a unique set of skills to use on the battlefield.

It has been officially confirmed that the Millennium Falcon will be in the game. We don’t know if any other famous ships will have their place in the limelight, but if all else fails, there’s always the X-Wings and TIE Fighters. Playing as these iconic characters in solo play hasn’t been mentioned, sadly.

Star Wars Battlefront already has an official release date – November 17th. It’s going to be on PC, Playstation 4 and Xbox One.

NEXT POSTStar Wars Battlefront Will Not Have Space Battles