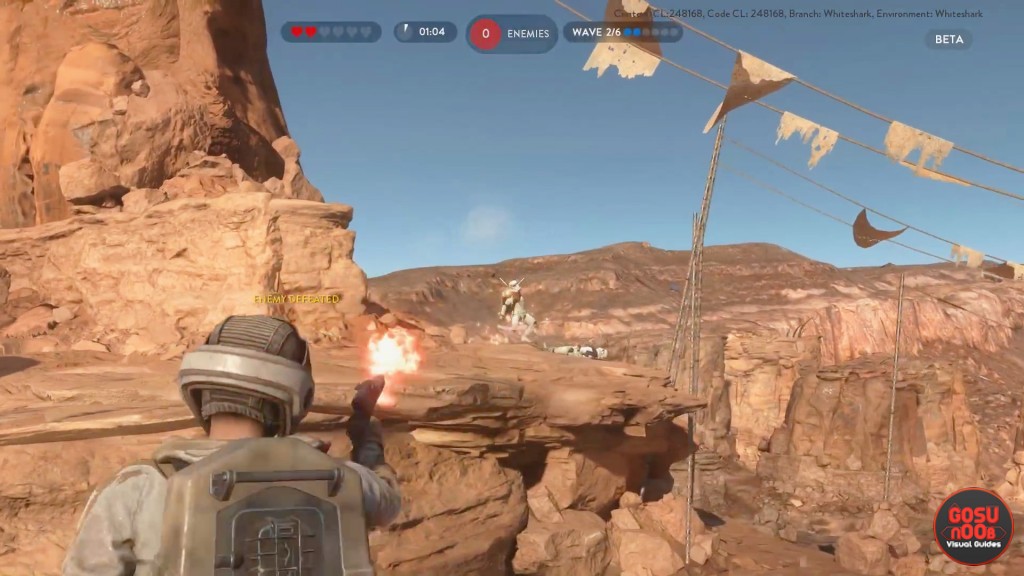 How To Play Survival Mode

The core of this game mode is in surviving increasingly difficult waves of enemy atacks. The six levels that will be featured in the beta (on Tatooine) go like this:

There will be collectible badges on each of the Survival Mode maps. Getting them all will give you an additional star in your rating. We’ve written a guide about collectibles on Tatooine, and we’ll have them for other planets as well, as soon as the game is out.