Spies are one type of operative you can recruit in Watch Dogs Legion. They’re more rare than the other kinds of agents, and they can come with cool perks like a stealth car. There are several ways to recruit them, but they’re not that obvious. If you’re having trouble finding one, this guide will show you Watch Dogs Legion spy locations, to help you recruit an MI5 operative with a stealth car.

Where to find spy operative in Watch Dogs Legion?

The easiest way to get a spy on your team is to convert a borough. When you manage to get the City of Westminster area to go defiant – green, with a checkmark next to its name – you’ll get a skilled spy operative. As far as abilities go, you won’t have anything to complain about.

However, you might not like their character model, their voice, or simply want another – if you’re playing with permadeath on, maybe you even lost the one you got from the borough reward.

If that’s the case, your best bet would be to head on over to the MI5 building. You’ll find it in Lambeth, by the river. Spies tend to congregate there, so just start scanning everyone (middle mouse button on PC, L1/LB on console) until you find a suitable target. Approach them, then complete their recruitment mission and you’re golden.

You can also find one at the County Hall in Lambeth. It’s the big building with the stone lion statues and an inner courtyard, on the east side of Westminster Bridge. Go through the archway into the courtyard and look for the spy there. 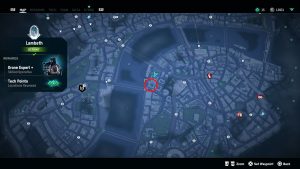 As soon as you step of the north side of the Tower Bridge into Tower Hamlets, look for a burger joint. There will be a parking lot across the street from it, and the spy should spawn there, along with the car. 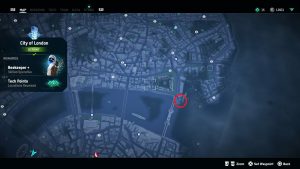 While you’re near the Tower Bridge, head on over into the City of London borough. There’s a Staroger Coffee shop in the northeastern corner of the area, and the spy will sometimes spawn in the street in front of it. 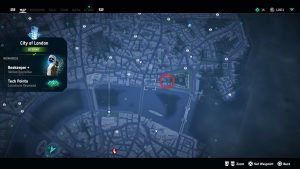 Heading further west along the river, you’ll happen upon a Caramont building. It’s just a bit east from London Bridge, and there’s a chance a spy will appear in the tiny parking lot in front of it. 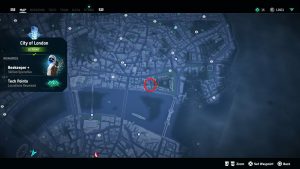 Where to find spy in Nine Elms?

There’s also a location in the Nine Elms borough where spies can spawn. It’s near the Embassy tube station, in the middle of the area. 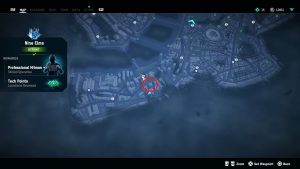 You can also find them near buildings like SIRS and Blume, mostly at night. You’ll often spot them lounging by the spy cars, which is a dead giveaway without even having to scan them.

If you don’t like the agents you have – no matter whether they’re spies or physical therapists – you will probably be unhappy with them cluttering up your team roster. Thankfully, there is a way to dismiss recruits without killing them off. Just make sure you really want them gone, since there’s no easy way to get them back once you’ve told them off.