A Barnful Of Trouble is a short secondary quest available in Novigrad, but away from the hustle and bustle of the city.

Near Novigrad Geralt came across a village whose inhabitants had themselves a bit of a ghoul problem. These nasty necrophages had taken up residence in their barn and posed a threat to the living. Geralt agreed to help the peasants – for commensurate pay, of course. 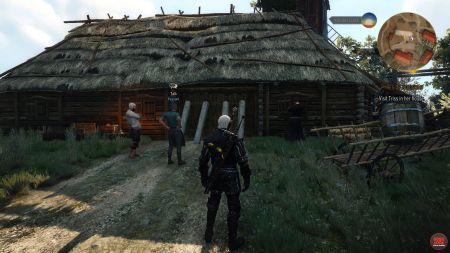 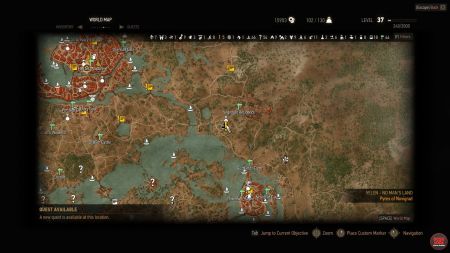 Go to the hamlet of Oraas and find a couple of peasants that are standing in front of a large cottage along the main road. There are apparently some ghouls inside the cottage. Agree to help the peasants.

The ghouls are feasting on some flesh in one corner of the cottage. Dispatching them should be an easy task. When you’re done, you can also take at look at the flesh they were eating. 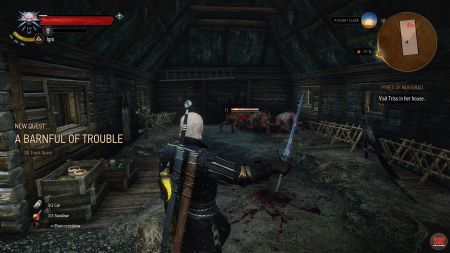 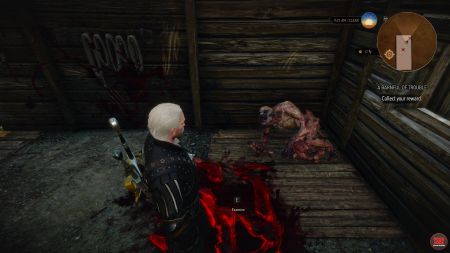 Exit the cottage and speak to the peasants. Tell them that the ghouls where feasting on some flesh and they will reveal that they killed some bandits recently. You have the option to tell them that that was what attracted the ghouls, but you can also remain silent. Either way, you will receive your reward and finish the quest.