Extreme Cosplay is a side quest in The Witcher 3: Blood and Wine, in which you dress up as an elven warrior and fight stone statues.

Sometimes traveling can be deadly dull – nothing but the slow crawl of the horizon, the sun beating down on your neck and the chirping of crickets. Other times, however, it can be surprisingly eventful, as a certain Gaston, a simple merchant from Toussaint, learned for himself when he happened across a mortally wounded man by the roadside. Though he provided aid as quickly as he could, the mysterious man soon bled to death. Right as he did, up walked the hero of my tale, Geralt. 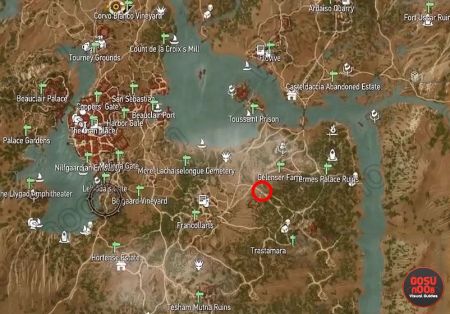 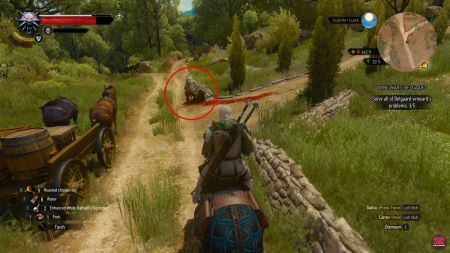 Follow the road out of Francollarts to the north-east. Turn right at the first crossroad and keep going until you see a man tending to a wounded person.

Follow the trail of blood into the estate on the south. Use your witcher senses to examine the scene of the fight. Don’t forget to climb up the stairs – that’s where the final piece of evidence is. Follow the smell to the door and knock on it. 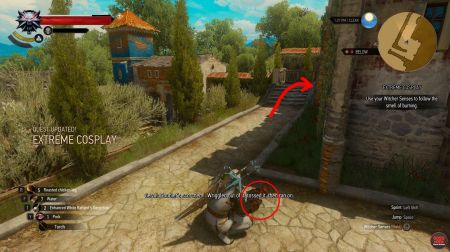 Light the six flames around the garden. Collect the bread, wine, sword and shield. Put the bread in the left bowl, the wine in the right. Equip the shield and sword you’ve just found and kneel. This will bring the statues to life.

Focus on the two spellcasters first. You can kite the fighters around the fountain. 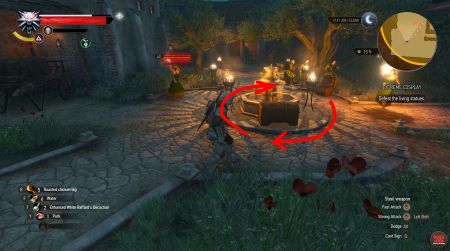