Flesh for Sale is a secondary quest on the remote island of Faroe in which you’ll have to rescue some villagers who were enslaved by vicious pirates.

I’m used to my good friend encountering the bizarre and the appalling in his journeys, but what happened to him ^ on Faroe shocked even my jaded sensibilities. It all started when he walked into a small coastal village and was mistaken for a Nilfgaardian…

Go to the island of Faroe and visit Trottheim village. Talk to the two dagr guards on the entrance to village (one either side). They’ll mistake you for a Nilfgaardian soldier sent be a man called “Ville” who is supposed to collect some goods from the pirate chief. Pretend to be Ville’s man to start the quest.

Follow the guard to the Slave Driver’s Hut, where the pirate chief is waiting for you. He isn’t sure you’re the man Ville sent. You can play along or tell him the truth. You can decide how to end the conversation.
Choice 1

Tell him you’re not a slave trader.

You’ll have to fight them all.
Choice 2

Pay him to free the islanders.

There will not be a fight, but this will cost you 500 Crowns.
Choice 3

Convince him that you’ve already paid and that he should free the islanders.

You will not have to fight the slavers, but you need Axii Delusion Level 4 to do this.

Conclusion 1: Rid the island of the Dagr.

If you want to rid the island of these brutes, start by slaying the slave driver and his cronies. Head across the village, killing the other pirates. Do not rush about, stay in one place until you’ve killed the enemies attacking you, then move to another location to deal with a second group of enemies. There are around 16 pirates to kill.

Once you’ve killed all the pirates, go to the body of their leader (it should be glistening) and loot two keys of him. Use them to free the slaves. You should also loot the pirate leader’s house.

Conclusion 2: Lead the slaves to safety.

Regardless of the choice you’ve made when faced with the slave driver, go to the cells at the other side of the village and unlock them with the key you got from him. If you chose not to kill the pirates, lead the slaves out of the village, up the hill, and bid them farewell.

If you’ve killed the pirates, the islanders will make mention of a chest inside the hut of the pirates’ leader. Go over there and get the loot. The quest is now over. 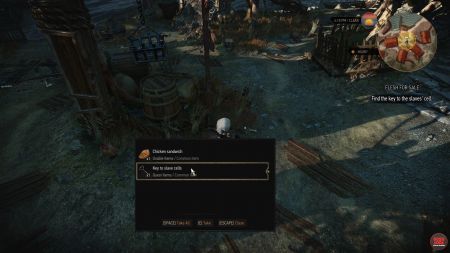 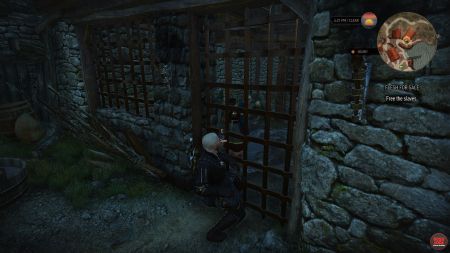